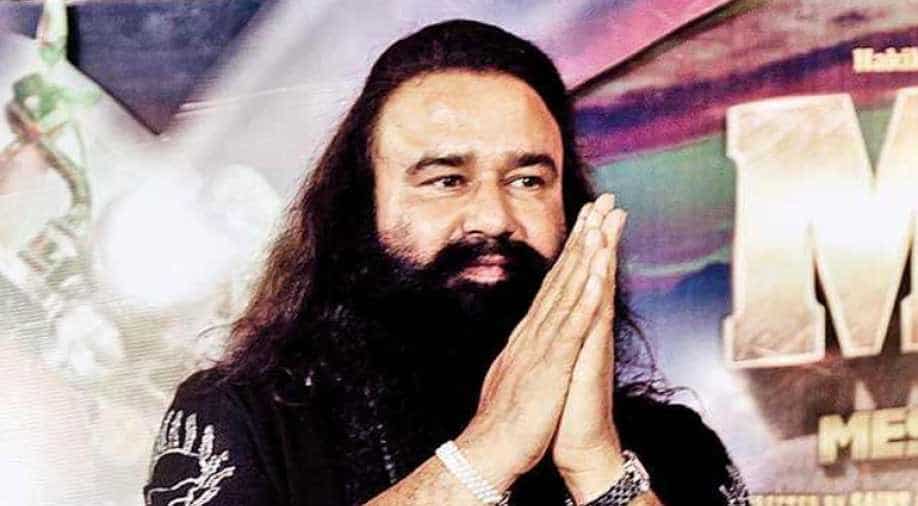 He has been sentenced for 10 years in each of the cases of rape against him. Both sentences will be consecutive, the godman's lawyer said ||Gurmeet Singh Ram Rahim reportedly broke down in court and begged for forgiveness with folded hands when the first sentence was passed

Dera Sacha Sauda chief Gurmeet Ram Rahim Singh was today sentenced to 20 years of imprisonment by a special CBI court after being convicted for raping two devotees in 2002.

(Also Read - WION Web Exclusive: 'My father was shot for exposing Ram Rahim, but his readers helped me')

CBI Judge Jagdeep Singh pronounced two sentences of 10 years rigorous imprisonment in each of the two cases, the godman's defence lawyer SK Garg Narwana said, adding that both sentences will be consecutive totalling to 20 years in jail.

He has also been fined Rs 15 lakh in each of the two cases, of which Rs 14 lakh each will go to the two victims who were part of his sect and were coerced into sexual relations with him.

Gurmeet Singh Ram Rahim reportedly broke down in court and begged for forgiveness with folded hands when the first sentence was passed.

There has been no instance of violence after the sentencing, Haryana Police said.

The CBI, which had sought a life imprisonment, has moved an application asking for maximum jail sentence. As have the two followers who accused Ram Rahim of raping them 15 years ago.

Ram Rahim Singh was taken for a medical examination after the announcement of the sentence. He will be given a jail uniform and allotted a cell in jail.

The quantum of sentence was decided by special CBI judge Jagdeep Singh after hearing arguments from both sides.

The arguments took place at Rohtak's Sonaria jail keeping in mind the explosive security situation and the rampage which had occurred after Ram Rahim's conviction on Friday.

The defence had argued that Ram Rahim was a social worker who has worked for the welfare of the people and asked the judge to take a lenient view.

The special CBI judge, who arrived at the Sunaria jail in a special helicopter, allotted 10 minutes each to both sides to put forth their arguments.

Haryana chief minister ML Khattar has said that the law and order situation in the state is being monitored and will not be allowed to deteriorate.

No untoward incident was reported from Sirsa after the pronouncement of the quantum of sentence, a senior government official said.

He also held a security review meeting with senior police officials and bureaucrats.

The chief minister said security personnel were on alert and would not allow the occurrence of any untoward incident.

"There is total normalcy, our forces are on their toes. Will not let any untoward incident happen," Amarinder Singh said after the sentence.

Rohtak prison turned into a fortress ahead of the hearing. Thousands of paramilitary troops and anti-riot police blocked all roads leading to the prison with the army on standby.

Large gatherings have been banned in Rohtak, whose residents have been warned to stay indoors today. Mobile internet services remain suspended.

All schools and colleges in Haryana were closed today.

Curfew has been imposed in Punjab's Barnala from 9pm today to 9 am tomorrow, a top police official from the city said.

Heavy security measures are in place in Sirsa, the headquarters of the Dera chief. Two cars were torched by Dera Sacha Sauda supporters in Phoolka area of Sirsa ahead of the court decision.

The army conducted a flag march in Sirsa after the sentencing.

After his conviction on Friday, Guru Ram Rahim's followers went on a rampage in Panchkula and Sirsa, leaving 38 people dead and over 260 injured.