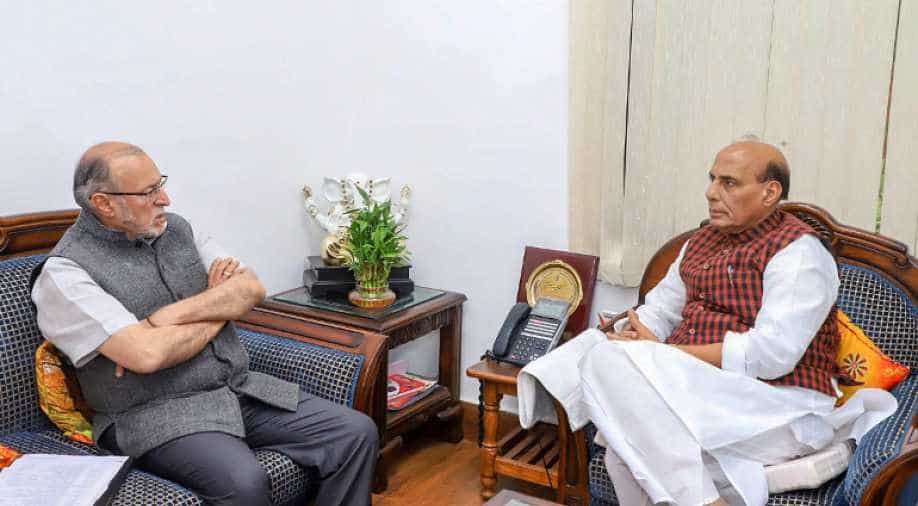 During the 30-minute meeting, the L-G apprised the home minister on his interactions with the government's bureaucrats, which complained about the alleged high-handedness of the MLAs, and a delegation of Delhi's ruling party, which conveyed to him about the non-attendance of officers in regular meetings, the home ministry official said.

This was for the first time that the L-G met the home minister after the incident on Monday night at Kejriwal's residence, which has created a huge controversy.

Yesterday, Union Minister of State for Home Hansraj Gangaram Ahir had hinted that the Delhi chief minister may be questioned by the police in connection with the alleged assault on the chief secretary.

"Whosoever it may be, the police will question all those in whose presence the incident took place," he had said.

The Delhi chief secretary was allegedly manhandled by two AAP MLAs at Kejriwal's residence. Both the MLAs were already arrested.

Prakash was called by Kejriwal regarding the issue of advertisements, which were not being released.

However, Aam Aadmi Party (AAP) claimed he had been called for a discussion on ration distribution.

"The allegation of assault is totally bizarre and baseless," a senior official of the chief ministers office had said.

As a mark of protests, since then, the bureaucrats of the Delhi government have refused to attend meetings with the political executives and only following written instructions given in the files.