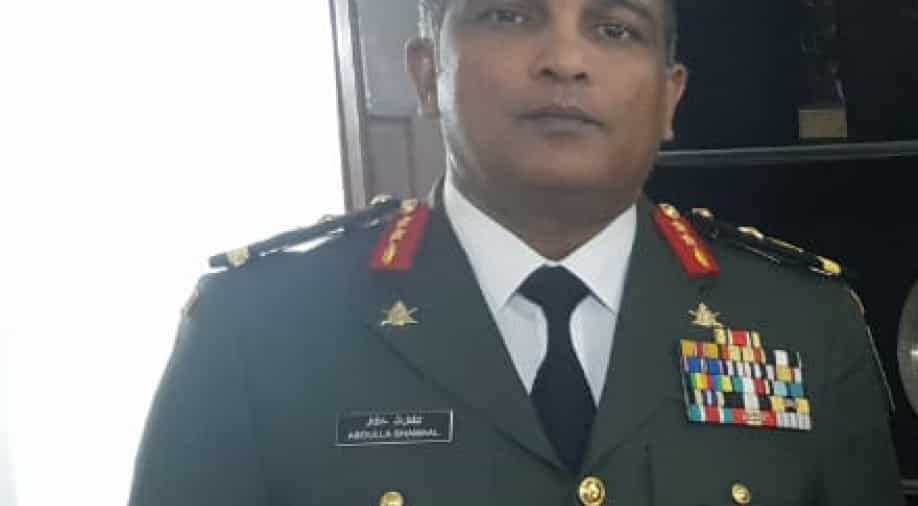 Stability, protection and safety of the Indian ocean are of prime importance for India and Maldives. he said.

WION's Principal Diplomatic Correspondent Sidhant Sibal spoke to Major General Abdulla Shamaal, Chief of Defence Force of the Republic of Maldives, on a range of issues including India Maldives ties and Indo-Pacific concept and many more. Edited excerpts.

WION: How do you see the Indo-Pacific concept benefiting the Maldives?

Major General Abdulla Shamaal: I feel the Indo-Pacific concept at large is a geopolitical construct were the smaller nation or littoral countries of the Indian Ocean region can leverage on the economic benefits of the construct. The overall idea has been there for a while. It's becoming much more intense. I'm sure smaller country in the region can make greater benefit.

WION: How do you see India Maldives ties going forward?

Major General Abdulla Shamaal: The defence cooperation relationship is a salient feature. Its a co-component of Indo Maldivian relations. And when we look at the India Maldives defence relations it is multi-faceted cooperation relationship which involves capacity building of Maldivian armed forces, Provision of training, it involves the exchange of high-level visits and even military exercise. The main focus is greater Indian Ocean region. Stability, protection and safety of the Indian ocean are of prime importance for India and Maldives. Both countries share value when it comes to protection of the Indian ocean.

Sidhant Sibal: Is China a worry?

Major General Abdulla Shamaal: I don't think so. We have been having a relationship. In fact, in the discussions, China was not mentioned. We have exclusively focused on Indo-Maldives ties.