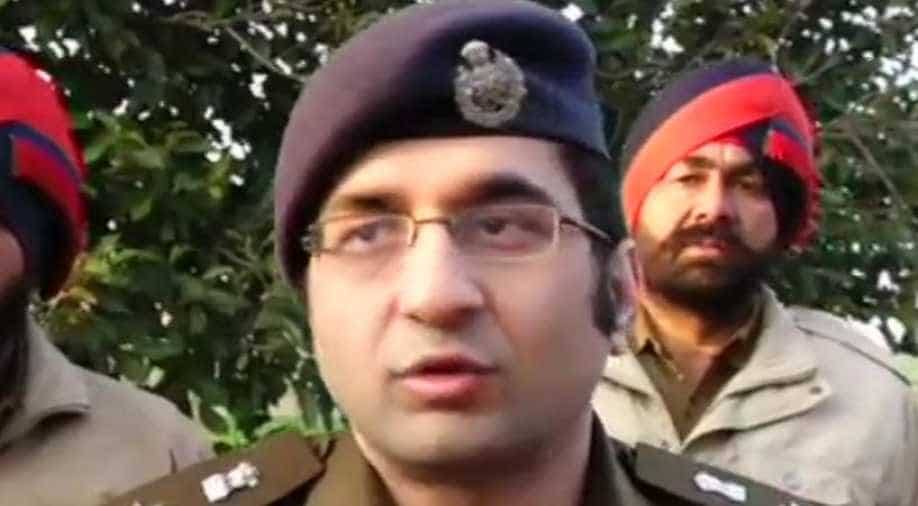 On Saturday, two boys, aged 12 and 17 years, were killed and nine others injured in the firecracker explosion.

The death toll in a firecracker explosion during a religious procession in Punjab's Tarn Taran district has climbed to three as a 17-year-old boy succumbed to injuries on Sunday.

Firecrackers, being carried in a tractor trolley, exploded during the 'nagar kirtan' (religious procession) near Pahu village in Tarn Taran on Saturday.

He said the condition of another injured boy was serious and he was admitted to the hospital's intensive care unit.

Earlier on Saturday, two boys, aged 12 and 17 years, were killed and nine others injured in the firecracker explosion.

Chief Minister Amarinder Singh had on Saturday ordered a magisterial probe into the incident and also announced an ex-gratia grant of Rs 5 lakh for the kin of the deceased and free treatment to the injured, admitted in the local civil hospital and Guru Nanak Dev Charitable Hospital.

The explosion took place when some youngsters were bursting crackers as part of celebratory fireworks near Daleke Mor, Palasaur, police station city.

"During the 'nagar kirtan', the youths were bursting crackers as part of celebratory fireworks. As they were doing so, the sparks fell on the tractor trolley, which was carrying explosive material -- potash and sulphur and firecrackers -- that led to an explosion," a police official had said.

The religious procession was going from Gurdwara Baba Deep Singh in Pahuwind village to Gurdwara Tahli Sahib in Chattiwind.

Expressing shock over the incident, the chief minister asked the sub-divisional magistrate (SDM) Tarn Taran to conduct a thorough inquiry into the incident in order to fix responsibility and ensure justice for the victims.

The SDM's inquiry would ascertain the full facts of the case, a government statement had said.