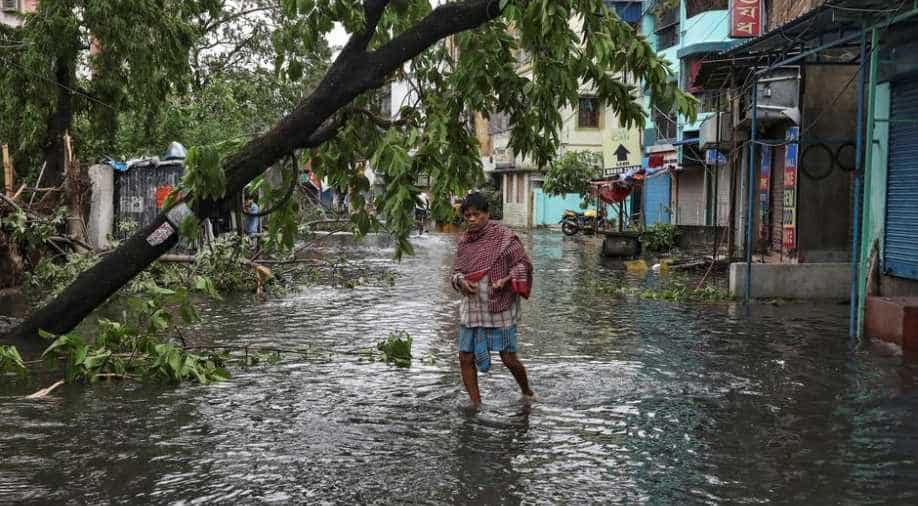 Authorities in both countries had managed to evacuate more than 3 million people to storm shelters before Amphan struck.

The most powerful cyclone to strike eastern India and Bangladesh in over a decade -- Cyclone Amphan -- has killed at least 82 people.

Mass evacuations before Cyclone Amphan made landfall helped in saving countless lives, but the full extent of the casualties and damage will only be known once communications are restored, officials said.

In West Bengal, at least 72 people died - most of them either electrocuted or killed by trees uprooted by winds gusting up to 185 km per hour (115 mph).

In neighbouring Bangladesh, the initial death toll was put at 10.

When the cyclone barrelled in from the Bay of Bengal on Wednesday, a storm surge of around five metres caused flooding across low-lying coastal areas.

"Have been seeing visuals from West Bengal on the devastation caused by Cyclone Amphan," Prime Minister Narendra Modi tweeted. "In this challenging hour, the entire nation stands in solidarity with West Bengal."

Designated a super cyclone, Amphan weakened after making landfall. Moving inland through Bangladesh, it was downgraded to a cyclonic storm by the Indian weather office, and it was expected to subside into a depression later.

Concern was also growing over flooding in the Sundarbans, an ecologically fragile region straddling the Indian-Bangladesh border, best known for its thick mangrove forests and tiger reserve.

Authorities in both countries had managed to evacuate more than 3 million people to storm shelters before Amphan struck.