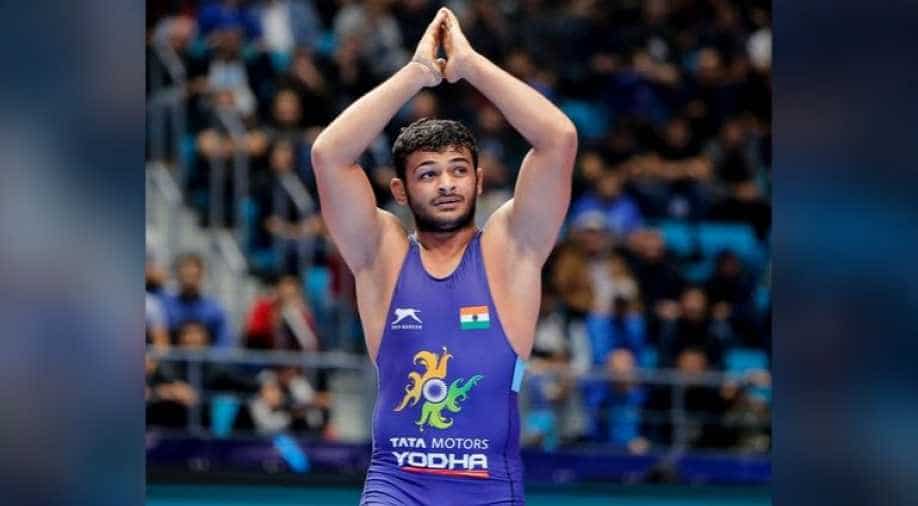 Deepak Punia made it a hattrick of gold medals for India in wrestling at CWG 2022. He defeated Pakistan`s Muhammad Inam 3-0.

After wrestlers Bajrang Punia and Sakshi Malik won gold medals in their respective bouts, the focus was on Indian grappler Deepak Punia to complete the hattrick. And the sturdily built wrestler from the Indian state of Haryana didn't disappoint either.

Deepak won the gold medal in the Men's Freestyle 86kg category on the eighth day of the ongoing Birmingham Commonwealth Games 2022. He defeated Pakistan's Muhammad Inam at the Coventry Arena Wrestling Mat B. Punia won the gold medal match 3-0.

The Indian grappler took a 2-0 lead in the first period and all the pressure was on the Punia's opponent heading into the last three minutes. Punia was in good form in this match. In the final three minutes, he managed to hold his own and he kept his opponent at bay to walk away with the gold.

The Pakistani wrestler struggled to find a way through Punia's strong defence and went home without scoring a point.

Meanwhile, Bajrang Punia established his superiority in the men's freestyle 65kg division, winning the gold medal by beating Lachlan McNeil of Canada 9-2 in the final.

Tokyo Olympic bronze medallist Punia, who won a gold medal four years ago in Gold Coast, Australia came out with aggressive intentions and did not allow his young Canadian opponent many chances, forcing two takedowns in the first period itself to go 4-0 up.

All in all, it was an incredible day for the Indian wrestlers as well as the country. India now occupies the fifth spot on the table, having won nine gold medals and 25 medals in total.