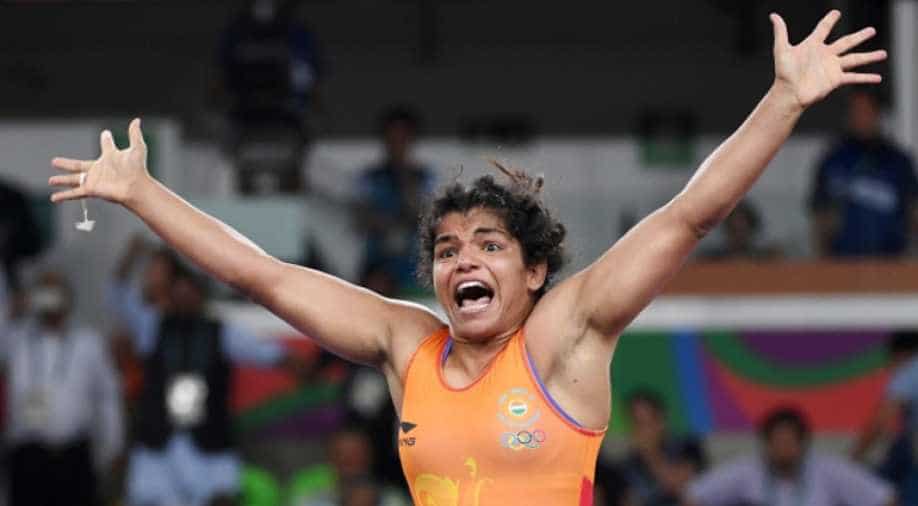 Despite trailing 4-0, Sakshi fought back strongly in the second period. Her counterattacking soon yielded results as she pinned her opponent on the mat

It is raining golds for India at the 2022 Birmingham Commonwealth Games. On Day 8 of the tournament, Rio Olympics bronze medallist Sakshi Malik turned back the clock to register a dominant victory to bag a gold medal in the women's freestyle 65kg bout, beating Canada`s Ana Godinez Gonzalez by fall in the Commonwealth Games here on Friday.

Sakshi, who seemed to have gone off the boil after her success in the Rio Olympics, missing some events and getting upstaged by younger opponents, made a brilliant comeback, both in her bout on Friday and her career as she stomped her authority.

Her opponent, who had come to Canada from Mexico at a very young age with her family seeking political asylum, was touted to be a strong contender, owing to her grappling prowess and having won medals in World Championships.

Gonzalez even started aggressively and effected two takedowns in the first period to take a 4-0 lead. However, Sakshi fought back strongly in the second period, going on an attack and taking two points. She then counterattacked brilliantly and effected a fall by pinning her opponent's shoulder to the mat to win the match.

Sakshi was ecstatic with her performance and went on a victory lap around the bout area. Sakshi had previously won a silver in 58 kg category in 2014 and bronze in 2018 in the 62 kg category.