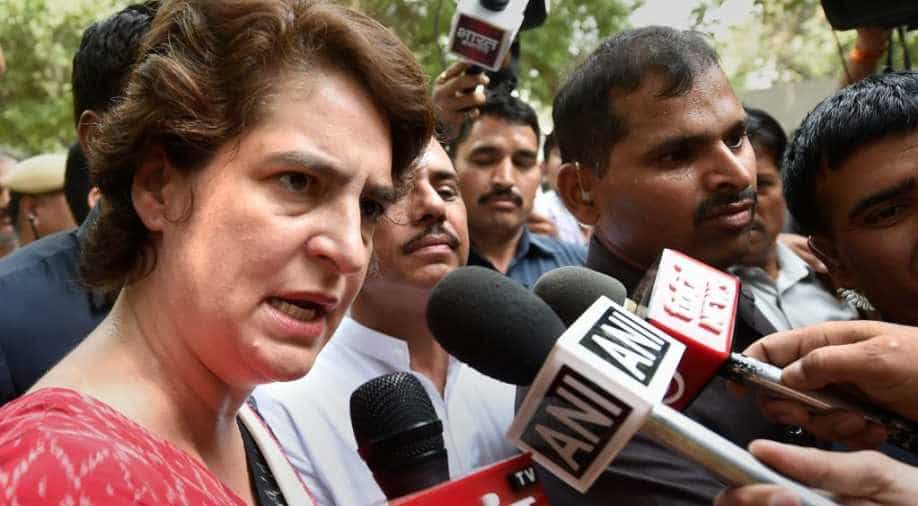 A car drove into the high-security residence at the Lodhi estate without any prior appointment and sought selfies with Priyanka a week ago, as per Congress sources.

Taking cognizance of the complaint, CRPF started the investigation on the alleged security breach in Congress General Secretary Priyanka Gandhi's residence, as per sources.

A car drove into the high-security residence at the Lodhi estate without any prior appointment and sought selfies with Priyanka a week ago, as per Congress sources. Priyanka was present in his house at the time of the incident.

Deepak Yadav, Additional DCP, New Delhi: No complaints received in the local Police Station regarding entry of any unauthorized vehicle in the house of Priyanka Gandhi. https://t.co/OWSOnYOfZm

Sources further said that an inquiry has been initiated by the CRPF for the security breach after a complaint was filed.

The incident came after the Centre recently withdrew the highest level Special Protection Group (SPG) protection given to the Gandhi family (Sonia Gandhi, Rahul Gandhi and Priyanka Gandhi Vadra). The trio is now given Z+ security cover by the CRPF across India.  The Central government said that the decision was taken after assessing that the threat perception to the family which has been lowered.

The Gandhis had been under the highest security ever since the assassination of former prime minister Rajiv Gandhi in 1991 by terror groups from Sri Lanka.