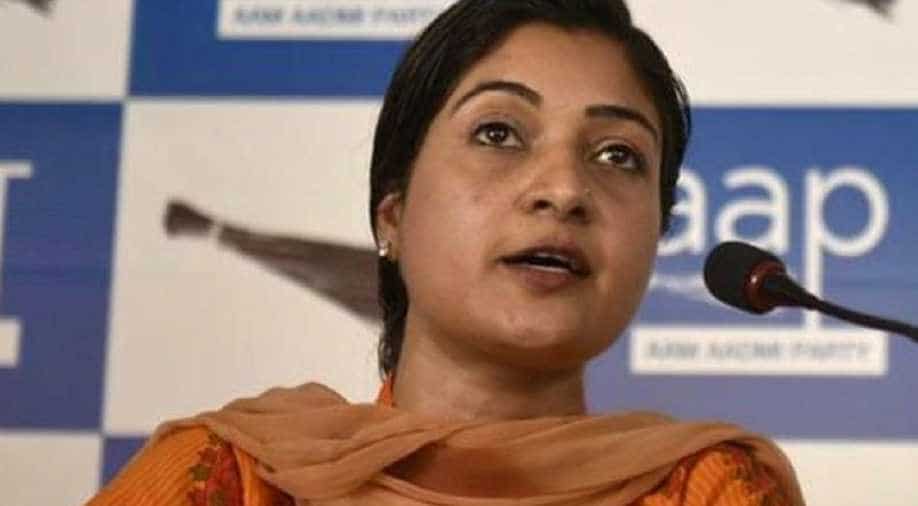 A Delhi court has reserved its order on framing of charge against Aam Aadmi Party lawmaker Alka Lamba, accused of allegedly trespassing and vandalising a shop in the city and obstructing the police from performing their duty in 2015.

Metropolitan Magistrate Abhilash Malhotra reserved the order after hearing the arguments of the police and the MLA's counsel on the point of charge. It is likely to pronounce the order next week.

An FIR was lodged against the MLA from Chandni Chowk on August 10 2015, a day after she had received head injuries in a stone-pelting attack during her anti-drug campaign in Delhi's Kashmere Gate area.

The case was registered at the Kashmere Gate Police Station on a complaint by traders including the proprietor of a sweet shop, Shiv Mishthan Bhandar, after a video clip emerged in which she was allegedly seen vandalising shops along with some of her supporters.

Lamba was earlier summoned as accused in the case by the court which had taken cognisance of a charge sheet filed by the police against her.

She was chargesheeted for alleged offences under sections 186 (obstructing public servant in discharge of public functions), 353 (assault or criminal force to deter public servant from discharge of his duty), 427 (mischief causing damage to property), 451 (house-trespass) and 34 (common intention) of the IPC.

The charge sheet said that on August 9, 2015, Lamba along with some other persons committed trespass in the shop and threw a cash bill machine, vandalised the counter and obstructed and deterred the police personnel present there.

According to the police, the CCTV camera footage recovered from the shop showed Lamba toppling the billing machine while one of her colleagues was seen pushing everything from a table and jostling with the policemen.

The politician had claimed that the 30-second CCTV footage was shot after she was attacked.