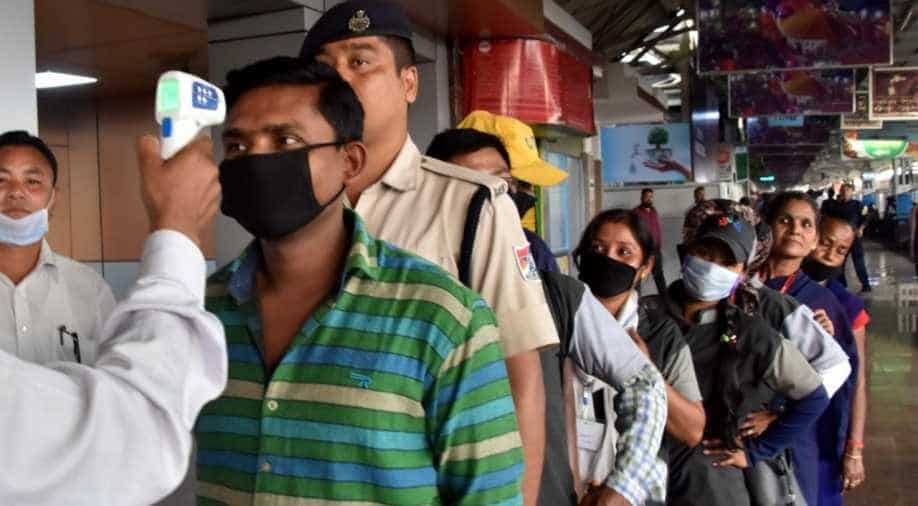 Maharashtra's health department said today that the number of those infected with coronavirus had risen to 215 even as officials said officials told ANI that around 85 people possibly infected by COVID-19 in Delhi were admitted to Lok Nayak Hospital.

The Maharashtra health department said five people have been infected in Pune with three in Mumbai, two in Nagpur, one in Kolhapur and another in Nashik.

Officials said eight new coronavirus cases have been reported in Madhya Pradesh with the number of confirming cases rising to 47.

The officials said seven cases were reported from Indore and one from Ujjain. There have been a total of twenty-seven coronavirus cases have been found in Indore, according to officials.

A 62-year-old coronavirus patient died on Sunday putting the total count of coronavirus casualty in the state at two.

Meanwhile, the Centre on Sunday suspended two senior Delhi government officers and served show-cause notices on two others for "serious lapses" during their duty in the lockdown period.

A Home Ministry spokesperson said the two officers have been suspended with immediate effect.