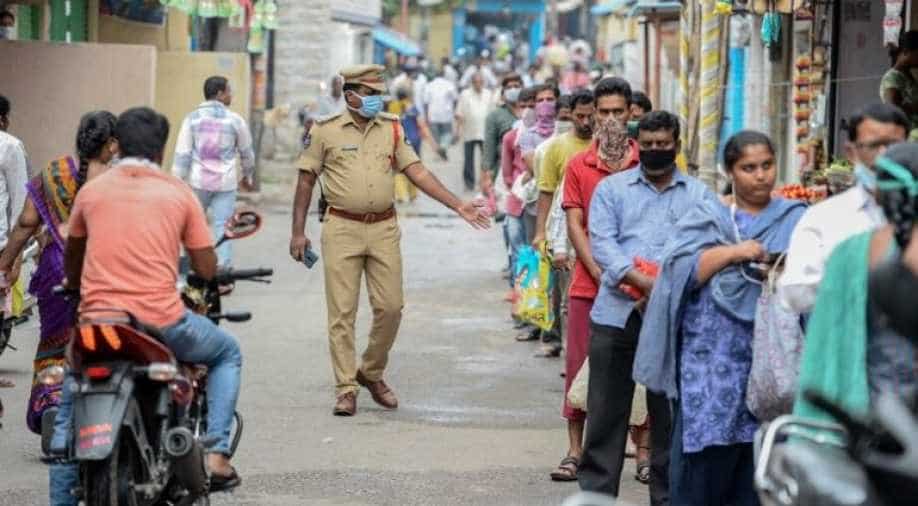 There are 1,466 active cases of COVID-19 in the country, India's health ministry informed

India's health and family welfare department reported an increase of 240 cases in the country in the last 12 hours with the number of COVID-19 cases rising to 1,637.

The ministry reported 38 deaths in India so far, with 133 patients cured.

There are 1,466 active cases of COVID-19 in the country, the ministry informed.

Meanwhile, at least 22 people from Mallapuram district who had attended the Tablighi meeting at Delhi's Nizamuddin have been placed under home quarantined on their return, Superintendent of Police Abdul Kareem said on Wednesday.

In Andhra Pradesh, the total number of cases rose to 87 on Tuesday night. Most of these cases were to the Tablighi Jamaat congregation in Delhi. Andhra Pradesh's West Godavari district and  Kadapa district reported a surge in cases with at least 28 cases.

Five new cases were reported in Chittoor, four in Prakasam, two in east Godavari, one each in Krishna and Visakhapatnam districts, according to the state medical and health department.

As the country continued its effort to fight the virus, the Uttar Pradesh government gave licenses to  48 companies to make 50,000 liters of sanitizers per day.