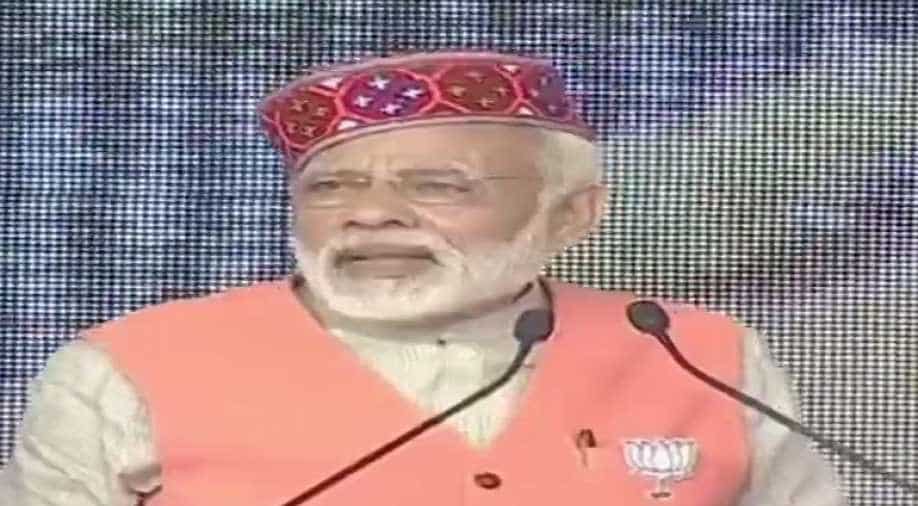 After taking a potshot at the Congress on ''ease of doing business'', Prime Minister Narendra Modi again attacked Rahul Gandhi on Friday by saying the Congress leader lacked primary understanding of diplomacy.

''Instead of asking Indian diplomats and foreign ministry, you go and ask Chinese envoy. Sorry to say this shows lack of primary understanding,'' Modi said and added that the country was well aware of how the Doklam issue was resolved, but the Congress even questioned that.

''The country is aware how the Doklam issue was dealt with, but the Congress even questioned that,'' the prime minister said.

Turning the spotlight on the dynastic politics yet again, Modi said someone born in a family which has ruled for decades doesn't believe his own Army and agencies? Meet China's envoy and ask about Doklam, he said.

"Congress had become a 'laughing club' and they need to introspect why people were turning away from them across the country, '' Modi asserted.

Speaking of the problems faced by the state, Modi said that there were five monsters that Himachal needed to get rid off: Mining mafia, forest mafia, drug mafia, tender mafia and transfer mafia.

"Himachal Pradesh is embroiled in corruption yet Congress' manifesto says there will be zero tolerance for corruption. Even a child won't believe it,'' Modi said and added that he had worked extensively in Himachal Pradesh and was very familiar with every nook and corner of the state.