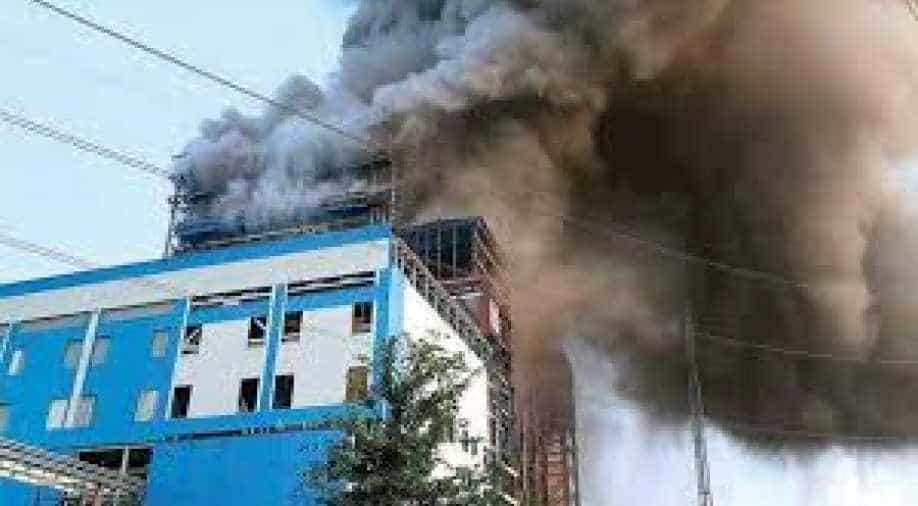 The explosion inside a boiler in state-run power giant NTPC?s power plant in Uttar Pradesh, one of the country?s deadliest industrial accidents in years Photograph:( ANI )

The BJP on Wednesday attacked the Congress by saying that 'ease of doing corruption' has been replaced by the ease of doing business.

Jaitley was responding to Rahul Gandhi's charge that there was no ease of doing business in India as demonetisation and GST destroyed everything.

Addressing a public meeting in Gujarat's Bharuch,  Gandhi said that BJP will "get a shock of their life" on the day of Gujarat election and added, "there was no ease of doing business in India as demonetisation and GST have destroyed everything".

"The BJP has been in power for the last three years. How many Swiss account holders are in jail? Tell me," the Gandhi scion asked saying that Vijay Mallya was still enjoying in the UK, he further said.

"Modiji gave loan worth Rs 33,000 crore for Tata Nano plant, almost free, charging the least possible rate. Using that money, they could have written off the loans of the farmers. Farmers in Gujarat are crying, they are being suppressed,'' he added.

Earlier BJP spokesperson Sambit Patra accused the UPA dispensation under the rule of Manmohan Singh of draining the country of its resources worth approximately 12-14 lakh crore through various corrupt scams.

"Today when Rahul Gandhi is, in fact, challenging the World Bank's data saying that he knows as to how this data is produced, Rahul Gandhi should be answering whom he believes, his Pidi or the world bank," Patra added.