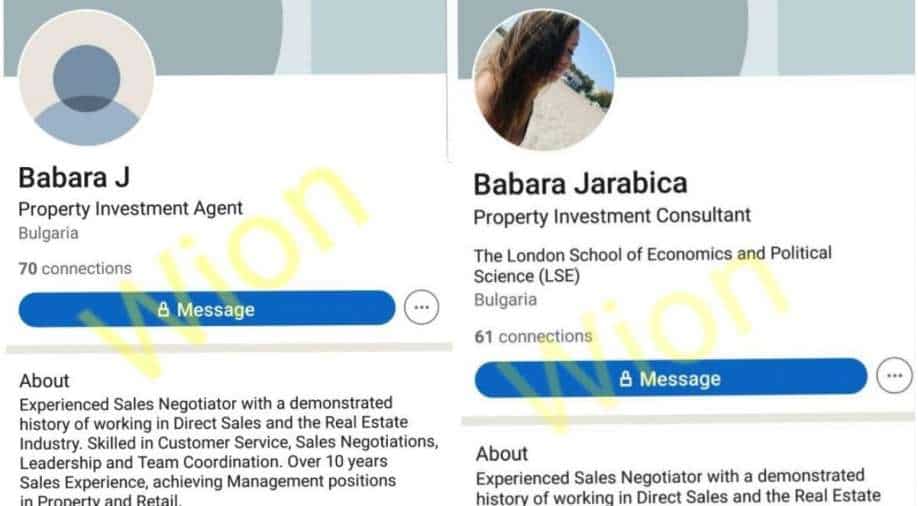 According to the LinkedIn account of Jarabica, she studied at LSE Photograph:( Others )

The mystery surrounding Barbara Jarabica has deepened with the London School of Economics now saying there was no student with that name at the institution.

Jarabica is the mystery women whose name cropped up in the Mehul Choksi case and she has been alleged to have played a key role in his movement from Antigua to Dominica.

In response to WION's question, LSE said, "We have checked our files but have no record of someone named Barbara Jarabica graduating from LSE or studying for a degree at LSE."

Earlier speaking to WION, Priti Choksi, wife of Mehul Choksi, who is involved in the mega PNB scam, spoke on the credentials of Barbara Jarabica and pointed out that she is "not traceable".

Priti told WION, "She claims to be someone that works on house renovation, and she would come down to Antigua two or three times -she came in August, April and now in May" and asserted that "she has never met her".