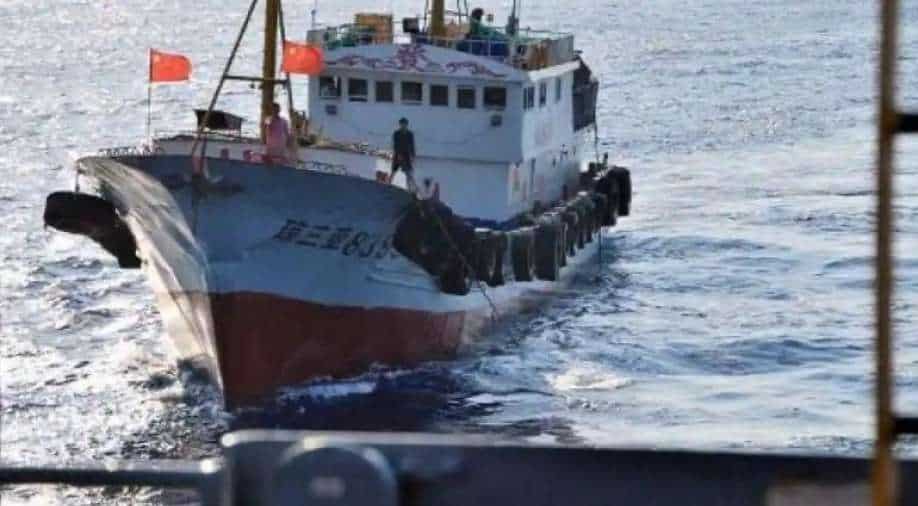 There are growing concerns over China's illegal, unregulated unreported fishing (IUU) in the Indian ocean region.

IFC-IOR is a Gurugram-based Indian Navy's eye in the region. The Centre has links with more than 50 nations and multinational/ maritime security centers. It also hosts International Liaison Officers (ILOs) from 10 partner nations - Australia, France, Japan, Maldives, Mauritius, Myanmar, Seychelles, Singapore, the United Kingdom, the United States. More ILOs are expected to join in near future.

Remember, China’s position in global fishing industry is seen unmatched in scale and effect. As per latest estimate based on satellite data, China’s distant water fishing (DWF) fleet has close to 17,000 fishing vessels registered in China and about 1,000 vessels registered under various flags of convenience.

To compare the figure, the European Union and USA reportedly have about 289 and 225 large distant water fishing vessels, respectively. The actual Chinese figures could be much higher as many vessels do not register themselves nor carry any transponders, forming part of what is infamously known as ghost ships.

Heavily subsidised by Beijing, these boats are built to be quite large with powerful engines and advanced refrigeration units. With China holding the largest share of fishing vessels in the world and coupled with depleting fishing grounds in the South & East China Seas, these vessels are venturing into other areas including Indian ocean and African coastline.

Sierra Leone, where Chinese have invested heavily, boast of one of the richest fishing fields in Africa. Chinese DWF have taken over the area with regional fishermen working out of traditional crafts standing no chance.

Protests were reported from Pakistan, China’s closest ally, where Pakistani fisherman had gathered in thousands to protest against Chinese fishing trawlers, which were operating off Pakistan coastline.

With Chinese spending close to US$ 6 billion in 2018 and the investment in this sector only increasing, its fishing capacity is growing multi-fold. The development comes even as a UN report has stated that 90% of global fishing stocks at sea are being over exploited amid rampant depletion of fishing reserves.