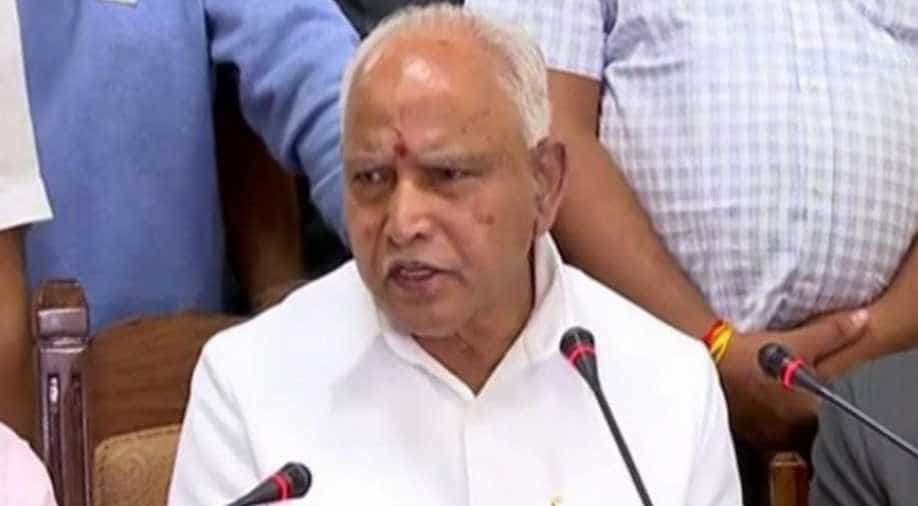 CM Yediyurappa lauded the Prime Minister and the Home Mnister on introducing the Citizenship Amendment Act.

Karnataka Chief Minister BS Yediyurappa on Monday said that the Citizenship Amendment Act (CAA) was a humanitarian step for the welfare of the minorities who had to flee from the neighbouring countries due to religious persecution.

The BJP leader added that opposition parties were needlessly creating a controversy over it.

"The CAA is a humanitarian Act, it gives life to those minorities who came to our country. Nobody will be sent out from the 130 crores Indians. Congress and communists are just creating panic in the people," Yediyurappa told reporters here.

Stating that the Act was meant for giving citizenship and not taking it away from any person, he congratulated Prime Minister Narendra Modi and Home Minister Amit Shah for taking this step.

"No one was scared when the discussion on the CAA was underway in Lok Sabha and Rajya Sabha. The CAA gives citizenship, it will not snatch the citizenship of anyone. I congratulate our Prime Minister and Home Minister for taking such a bold decision," Yediyurappa said.

Earlier amid tension between Karnataka and neighbouring Maharashtra over the border issue with protests on both sides, Yediyurappa had on Monday urged people of the state to maintain peace stating that 'not a single piece of land' would be given away.

"As per Mahajan Ayog, it is clear that which part has to be given for Maharashtra and Karnataka. Creating this sort of controversy is not fair. Will not give even a single inch of land. I request all people of the border to maintain peace," Yediyurappa told media reporters here.

The protests in Karnataka and Maharashtra have led to the cancellation of bus services between the two states.