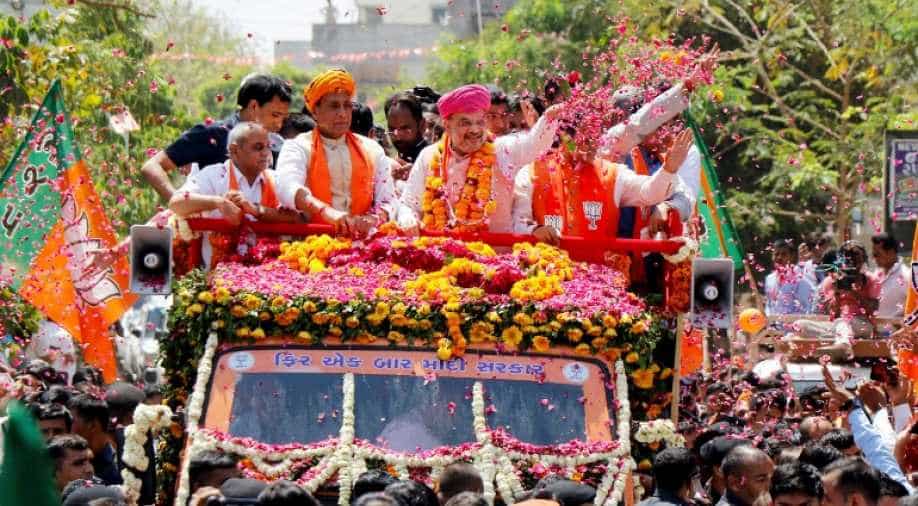 Lakhs of people greeted Shah on the four-km route from where his road show passed.

BJP workers and people thronged the street to greet Shah, who is contesting the Lok Sabha election for the first time. It was a massive show of strength for the BJP, which aims to retain all the 26 Lok Sabha seats in Gujarat it had won in 2014.

The roadshow ended at Prabhat Chowk area of Ghatlodia, after which Shah left for Gandhinagar to file the nomination papers.