BJP parliamentary board to meet for deciding Tripura chief minister 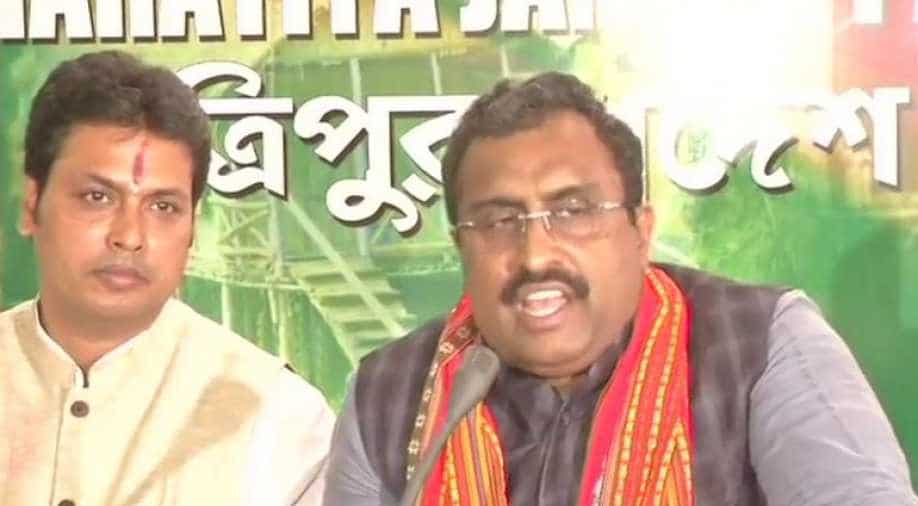 The BJP is likely to form the next government in Tripura.

The BJP and its ally, the Indigenous People's Front of Tripura (IPFT) have surged ahead and established a lead in 41 constituencies. The majority mark in the 60-member Assembly is 31.

The BJP Parliamentary Board, the party's highest decision-making body, will meet this evening to decide on the future chief minister of Tripura, where the party, BJP general secretary Ram Madhav said today.

"Our Parliamentary Board will meet in the evening and take a call," he said at a press conference when asked who will be the BJP chief minister in Tripura.