Six killed and many injured in a train accident in India 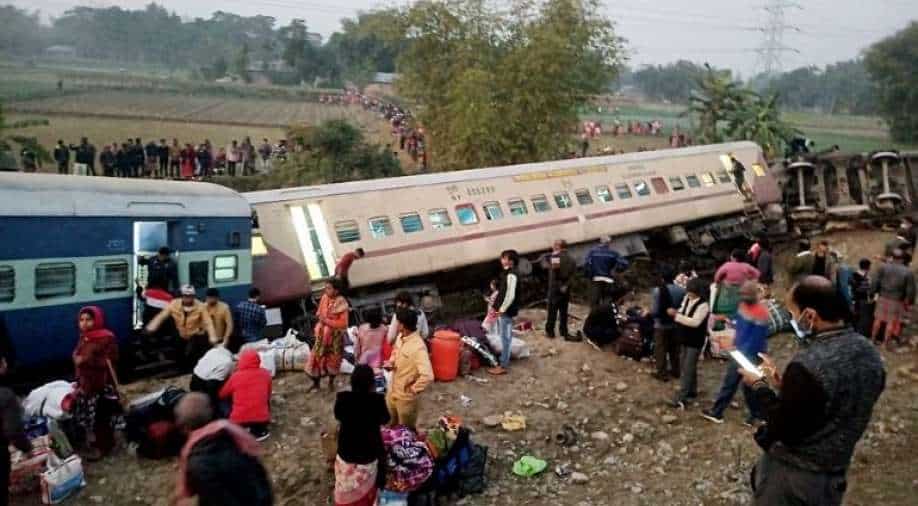 The mangled remains of the Guwahati-Bikaner Express train after derailing near Domohani (West Bengal), in the Jalpaiguri district on Thursday, January 13, 2022. Photograph:( ANI )

After many bogies of the Bikaner Express (15633) derailed in West Bengal's Jalpaiguri district, Indian Railways announced an ex-gratia of Rs 5,00,000 for the families of those who died.

When 12 coaches of the Bikaner-Guwahati Express (15633) derailed in Indian Eastern State of West Bengal's Jalpaiguri district, at least six people were killed and more than 40 others were injured.

Prime Minister Narendra Modi received information about the disaster from Chief Minister Mamata Banerjee during a meeting with chief ministers over the COVID-19 situation.

When the disaster occurred near Mainaguri in Jalpaiguri at about 5.15 p.m. on Thursday, the train was travelling from Bikaner in Rajasthan to Guwahati in Assam via Patna.

The Bikaner Express was going through Jalpaiguri at the time of the event, and Mainaguri was not one of the train's 34 stops.

In a tweet, PM Modi said: "Spoke to Railways Minister Shri @AshwiniVaishnaw and took stock of the situation in the wake of the train accident in West Bengal. My thoughts are with the bereaved families. May the injured recover quickly."

Spoke to Railways Minister Shri @AshwiniVaishnaw and took stock of the situation in the wake of the train accident in West Bengal. My thoughts are with the bereaved families. May the injured recover quickly.

"In an unfortunate accident, 12 coaches of Bikaner-Guwahati Exp. derailed near New Maynaguri (West Bengal) this evening. Personally monitoring the situation for swift rescue operations," Union Minister for Railways Ashwini Vaishnaw who will visit the accident site on Friday tweeted. Vaishnaw also briefed the Prime Minister on the situation.

Enhanced amount of ex-gratia compensation to the victims of this unfortunate accident:
Rs. 5 Lakh in case of death,
Rs. 1 Lakh towards grievous and
Rs. 25,000 for minor injuries.

The railway officials have declared that the relatives of those died will receive Rs 5,00,000 in compensation, Rs 1,00000 for the critically injured, and Rs 25000 for the less seriously injured.

According to railway authorities, the cause of the accident is yet unknown, although there was no problem with the signal, and the derailment is suspected to have occurred due to a track fault.