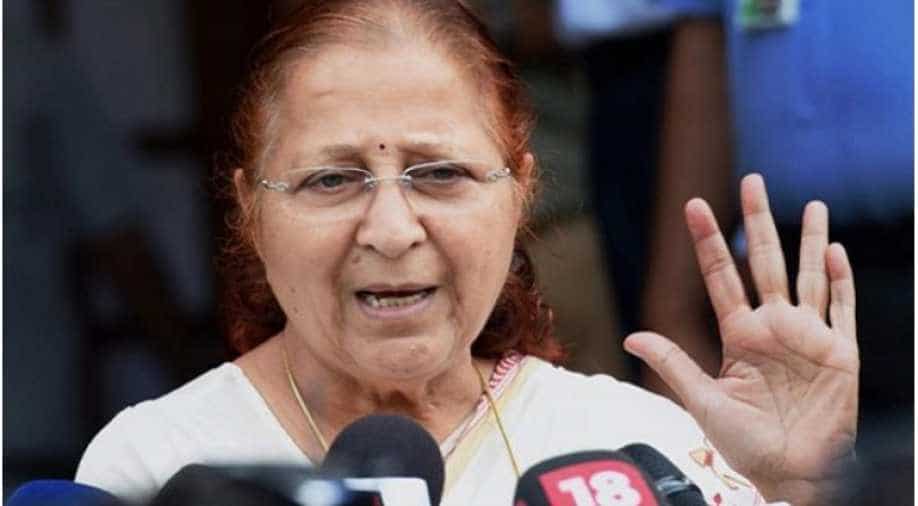 Article 118(1) of the Constitution provides that each House of Parliament may make rules to regulate the procedure and conduct of its business.

The Lok Sabha’s Rules Committee on Friday recommended: “automatic suspension” of members who enter the well of the house or willfully obstruct its business by shouting slogans despite being repeatedly warned by the Chair.

The panel’s recommendation to Speaker Sumitra Mahajan comes at a time regular disruptions of the House have become the norm. The recommendation, to suspend five consecutive sittings or remainder of the session whichever is less, was made in a draft report placed before the committee in its meeting chaired by the speaker. Miffed over MPs holding placards inside the Lok Sabha and creating a ruckus, Mahajan called a meeting of the committee on Thursday.

According to the draft report placed before the committee, an amendment of  Rule 374A (1) of the Lok Sabha’s Rules of Procedure and Conduct of Business, which deals with suspension of the member, has been recommended. Those members repeatedly asked by the Speaker to go to their own seats and warned shall be automatically suspended rather than being named by the speaker, it was proposed.

At present, the rules state that such members will only be suspended after they are named by the Speaker.

“…in the event of a grave disorder occasioned by a member coming into the well of the house or abusing the rules of the house persistently and willfully obstructing its business by shouting slogans or otherwise, despite being repeatedly asked by the Speaker to go to their seats and warned, such member shall stand automatically suspended from the service of the house for five consecutive sittings or remainder of the session whichever is less,” the Rules Committee said in its draft report.

Once the warning has been issued by the speaker, the house would have to be adjourned for a reasonable period of time to enable the secretary general to enlist the names of members, the report adds.

There were differences among members of the committee over the period of suspension. TMC MP Saugata Roy’s suggestion that the suspension should be for one day, was backed by MPs from other parties as well.

The Rules Committee functions as an advisory body to the speaker. It considers matters of procedure and conduct of business and makes recommendations for any amendment or addition to the rules. A proposal for an amendment to the rules can be made by any member of the House or by the presiding officer or committee.

The proposals after being examined by the Lok Sabha Secretariat and approved by the chairperson (the speaker) are placed before the Committee for consideration in the form of memoranda.

Article 118(1) of the Constitution provides that each House of Parliament may make rules to regulate the procedure and conduct of its business.

On April 1, 1950, the speaker made an announcement in the House regarding the appointment of a committee to examine suggestions that might be received from members from time to time for amendment of the Rules.