Schools run better than our parliament, are we worse than school kids, asks Sumitra Mahajan 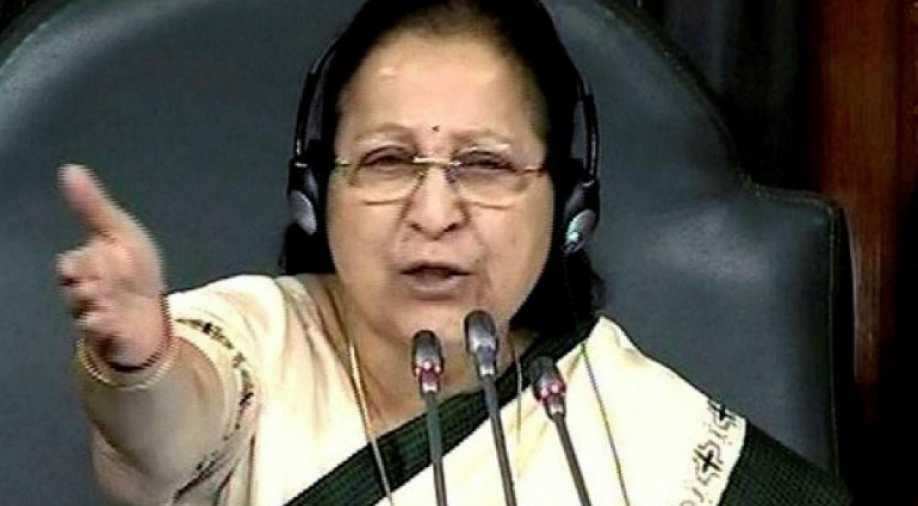 "I receive messages several times saying, madam our schools run better. Please understand, what message are we trying to give: that are we worse than school kids," she said addressing the members.

Amid the ongoing commotion in the Lok Sabha over several issues, Speaker Sumitra Mahajan Tuesday said she often receives messages that schools function better than Parliament and wondered whether these disruptions go on to indicate that the behaviour of the members is worse than school kids.

As the House re-convened at noon for the second time, members of the AIADMK, the TDP and the Congress started protesting again.

The TDP members were demanding special status for Andhra Pradesh while the AIADMK MPs were protesting against a dam on the Cauvery river.

Amid the din, the National Institute of Design (Amendment) Bill, 2018 was introduced in the House.

Upset with the disruption of proceedings, Mahajan said the members were well aware that this was an important session as elections will follow.

She said the government was ready for discussion, but the ruckus continued.

"I receive messages several times saying, madam our schools run better. Please understand, what message are we trying to give: that are we worse than school kids," she said addressing the members.

Mahajan lamented that people from other countries were questioning as to "what was happening in our country".

She said she will talk to the government to ensure that issues demanded by the opposition are discussed.

"But please, I request you with hands folded. Please maintain a standard in the House. I am sorry, but I am saying this openly. Many a time, people from other countries say, what is happening in India," she said.

Congress leader Mallikarjun Kharge said his party was ready for discussion but demanded the formation of a JPC to probe the Rafale deal so that every file related to the matter can be scrutinised.

To this Mahajan said that constitution of JPC was not under her purview.

Parliamentary Affairs Minister Narendra Singh Tomar said the Supreme Court verdict has made things clear, indicating that there was no need for a JPC on the controversial issue.

Unhappy with the response, Congress members again started raising slogans, following which the House was adjourned for the day.

The lower house has been witnessing daily disruptions since the winter session began last week. It had passed a bill on transgender rights on Monday.