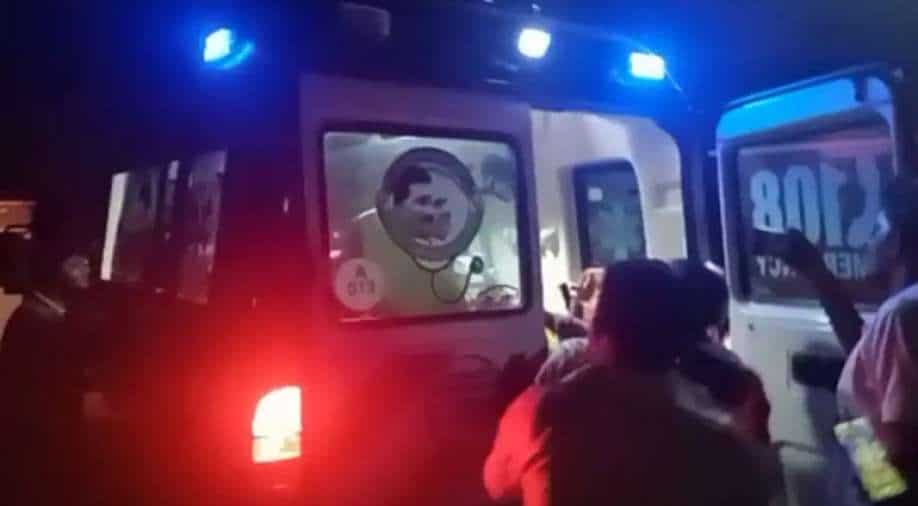 At least 150 workers hospitalised after suspected gas leak in Andhra Pradesh Photograph:( Others )

The victims were initially taken to the medical centre inside the zone and then, they were transferred to the Anakapalli government hospital for further care.

A mysterious gas leak at an apparel manufacturing unit in Visakhapatnam resulted in the hospitalisation of 150 workers. The incident took place in the Brandix Special Economic Zone on Tuesday, and this was the second such incident at the location in less than two months. According to Hindustan Times, the workers in the unit showed vomiting and itching symptoms while a number of them were unconscious before the authorities started evacuating. All the workers were taken to the nearby hospitals and according to the police statements, they were all stable at the moment.

The victims were initially taken to the medical centre inside the zone and then, they were transferred to the Anakapalli government hospital for further care. However, both institutions were unable to point out the actual cause behind the incident at the manufacturing unit.

Earlier, a similar incident took place in June when around 500 women workers complained of discomfort. They fell unconscious and a number of them showed signs of nausea and vomiting.

At that point of time, the authorities said that it was a possible ammonia leak from a nearby Porus Laboratories unit and it resulted in the unit’s closure for a number of days. However, a repeat of the incident has resulted in concern among the workers as well as the owners of the plant.

According to the Hindustan Times report, a team of experts from the Indian Institute of Chemical Technology in Hyderabad have been inspecting the area under the instructions of the AP Pollution Control Board.