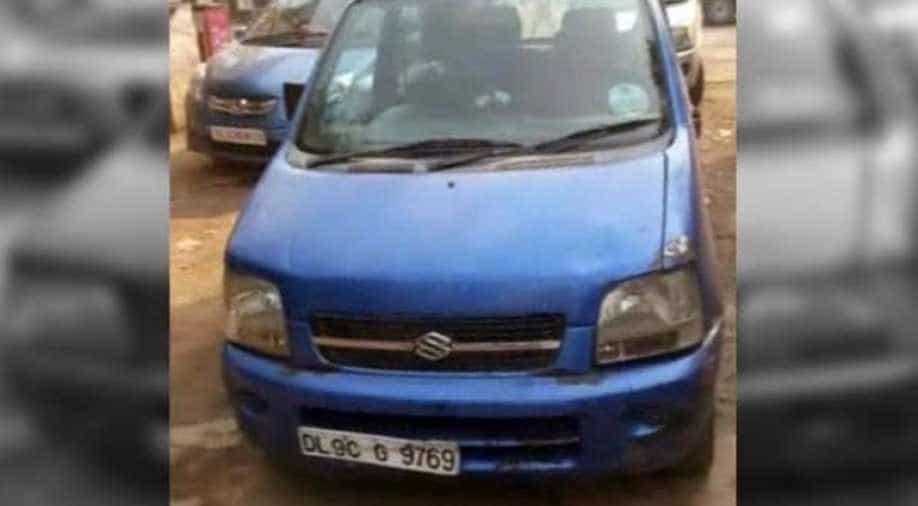 Delhi Police said today that chief minister Arvind Kejriwal blue Wagon R, which was stolen from outside the Delhi Secretariat two days ago, has been found abandoned in Ghaziabad

Delhi Police said today that chief minister Arvind Kejriwal blue Wagon R, which was stolen from outside the Delhi Secretariat two days ago, has been found abandoned in Ghaziabad.

The Delhi Police said that the motive seemed to be "joy ride" since the car had no security devices and it was easy to steal.

“Prima facie looks like case of joy ride with motive to park car at another spot. The car had no security devices & it was easy to steal it. We are investigating along the lines of someone knowing about this.”
The Delhi Police said their counterparts in Ghaziabad got in touch with them regarding the car.

"A blue Wagon R has been found abandoned by Ghaziabad police and we think it is the chief minister's car," said a senior police officer.

The police are verifying its engine and chassis numbers.

Yesterday, in a letter to Lt Governor Anil Baijal, the Delhi chief minister said the theft was reflective of the rapidly "deteriorating" law and order situation in the national capital.

The incident had outraged AAP workers, many of whom posted videos of Kejriwal using the car, especially on Republic Day in 2014, after he became the chief minister of Delhi for the first time.

The hatchback was witness to two assembly election wins in 2013 and 2015 and also to the party's poor performance in the Lok Sabha polls.

The hatchback was being used by an AAP functionary before it was stolen.  Kejriwal used the car earlier and it helped cement his position as the "aam aadmi".

It was "donated" to Kejriwal by Kundan Sharma, a software engineer, in January 2013. However, when Kejriwal parted ways with his then party colleagues Prashant Bhushan and Yogendra Yadav, Sharma demanded that the vehicle be returned.

Even after Kejriwal became the chief minister in December 2013, he refused to use an official car and preferred his old Wagon R.