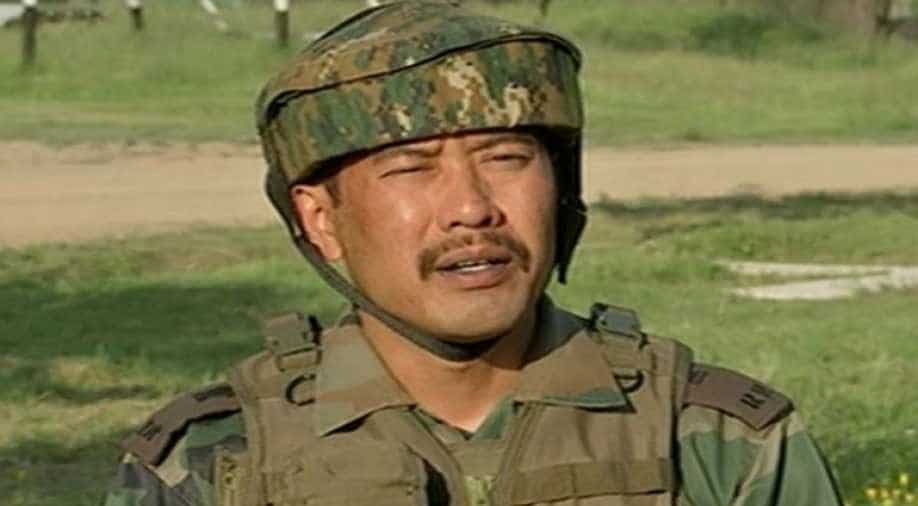 The Army major who had tied a Kashmiri man to his jeep in April last year was briefly detained by police in Srinagar, Kashmir on Wednesday.

He arrived at the hotel along with his driver, also an armyman, and a local woman.

Gogoi told hotel staff, PTI reported, that he was there for a meeting with a "source".

The hotel staff however told him the woman would not be allowed to enter the room since she was a local, which led to a scuffle between Gogoi's driver and the hotel staff.

PTI added that the hotel staff immediately caught hold of Gogoi and his driver and called the police.

Gogoi was briefly detained, and then handed over to his army unit.

Police have ordered a probe and asked for the hotel's CCTV footage to ascertain what exactly happened.

Gogoi had tied Farooq Ahmad Dar to the bonnet of his jeep during parliamentary bypolls last year. Gogoi had said he had used Dar as a human shield to protect his men and polling officers from stone pelters.

Dar himself had been accused of being a stone pelter but the accusation was later disproved.

The case had created a furore in the country but Gogoi himself had a little after the incident received a commendation from Army chief Bipin Rawat.