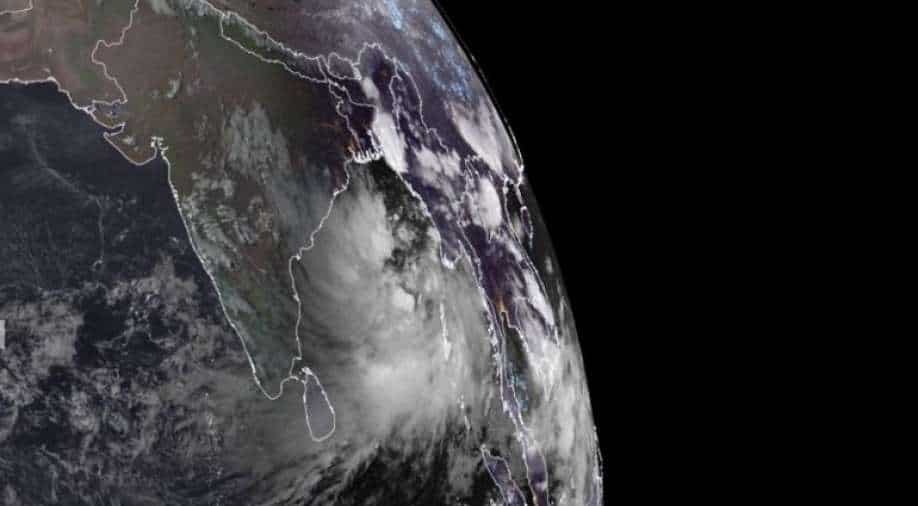 The storm could pack winds of up to 165 kilometres (100 miles) per hour, hitting occasional highs of up to 185kph by mid-Wednesday as a 'Very Severe Cyclonic Storm'

A severe cyclone is brewing off India's eastern coast, the nation's weather bureau warned Sunday, as the death toll rose from a major storm that wreaked havoc in the west of the virus-hit nation last week.

Moving northwards in the Bay of Bengal, the depression was set to form a cyclone, to be dubbed Yaas, before intensifying and hitting the eastern states of West Bengal and Odisha on Wednesday, the India Meteorological Department said.

The storm could pack winds of up to 165 kilometres (100 miles) per hour, hitting occasional highs of up to 185kph by mid-Wednesday as a "Very Severe Cyclonic Storm", the third-worst category, the department said.

It also warned of storm surges of up to four metres (13 feet) high in coastal areas.

Prime Minister Narendra Modi said Sunday he had chaired a meeting on the approaching storm, with the military and disaster teams deployed to help with the preparations and potential rescue operations.

The death toll from the storm rose to at least 140 on Sunday, with 70 bodies recovered after the cyclone hit an oil rig off Mumbai and several support vessels, the navy said.

Around 600 people were rescued by the navy but five remain missing from an accommodation barge for oil workers that ripped free of its anchors in the storm and sank.

"Search & Rescue ops by ships and helicopters/aircraft will continue in the area to locate the remaining crew of the sunken vessels," the navy said in a statement Sunday.

"All the boats and fishing trawlers have been ordered to come close to the coast as a precautionary measure. Tomorrow (Monday) we will have better idea where it is heading," Bangladesh Meteorological Department senior weather forecaster Bazlur Rashid told AFP.

Scientists say cyclones in the densely populated region, currently reeling from a deadly wave of Covid-19 infections, are becoming both more frequent and stronger as climate change leads to warmer sea temperatures.