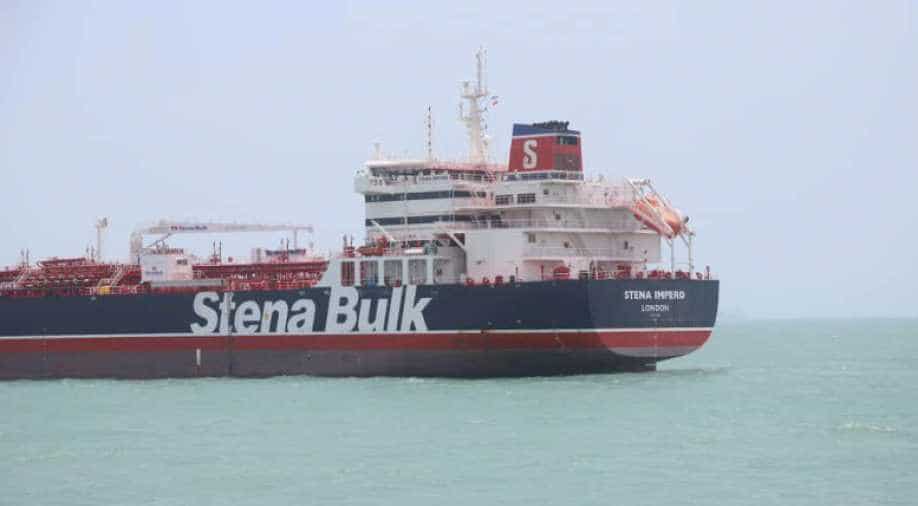 Eighteen of the Stena Impero's 23-strong crew are Indian nationals

All crew members of a British-flagged tanker that Iran seized on Friday are safe and still on the vessel, the Iranian embassy in India said on Monday.

The seizure of the Stena Impero in the Strait of Hormuz - the world's most important waterway for the oil trade - has deepened a crisis between Tehran and the West that was triggered in May when Washington tightened sanctions, effectively barring all countries from buying Iranian oil.

"All the crew members including the Indian nationals are in good health, they are still on board the tanker," the embassy said.

The family of one of them - 26-year-old mess worker Dijo Pappachen, who joined the vessel just a month ago - said the company operating the tanker had told them about the sequestration on Friday.

"Neither has Dijo contacted the family nor could we contact him after the tanker was captured," his tearful father Pappachen T.V. said in their hometown of Kochi in southern India.

Britain called on Iran on Monday to release the tanker and its crew immediately, describing the seizure as illegal.

European countries including Britain have stuck with the nuclear pact that Iran signed with world powers in 2015 since the United States pulled out three years later.

But the pact is now hanging by a thread and Britain was thrust more directly into the confrontation on July 4, when its Royal Marines seized an Iranian tanker, the Grace 1, off the coast of Gibraltar. Britain accused it of violating sanctions against Syria, prompting repeated Iranian threats of retaliation.

Grace 1 also had Indian crew, who are now in British custody.

The brother of that ship's junior officer K. K. Ajmal informed from their hometown in Malappuram in southern Kerala state that they exchanged voice notes via social media on Sunday.

Mohammed Shareef said his 27-year-old brother told him the captain and the engineer were separated from the rest of the crew once British commandos took over the vessel.

Ajmal said he and the other crew were getting food, water and other essentials.

He said the ship was sailing from the port of Fujairah with 300,000 metric tons of crude oil when British commandos forced it to stop and came aboard in 10 helicopters, Shareef quoted his brother as saying.