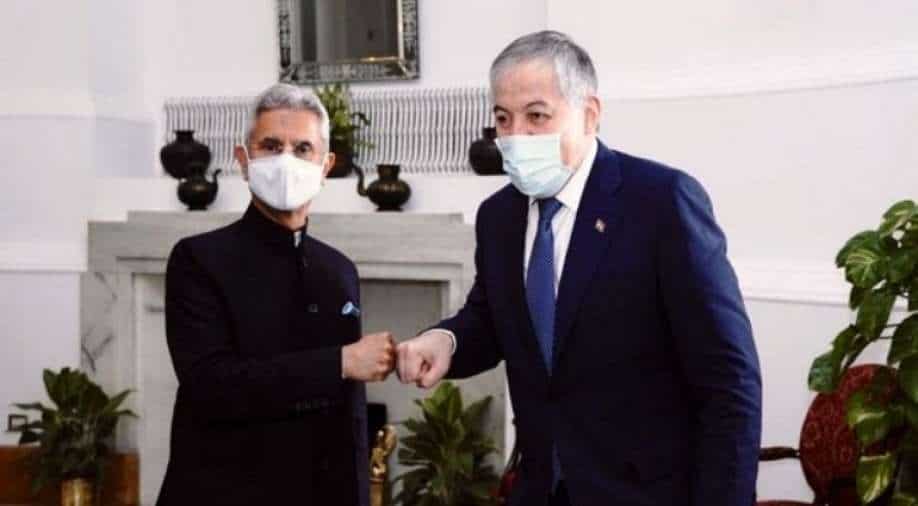 In the aftermath of the Taliban takeover, Tajikistan had provided its airbase for Indian Air force planes which were deployed for evacuation

During the meet earlier today between the two sides, EAM Jaishankar in his opening statement thanked the Tajik foreign minister for the "tremendous support that you gave us during the evacuation of Indians from Afghanistan in August and September, both Indians as well as some members of the Afghan minority community."

Also read | Indian PM gets highest civilian honour of Bhutan. Here's what you should know

In the aftermath of the Taliban takeover, Tajikistan had provided its airbase for Indian Air force planes which were deployed for evacuation.

On Afghanistan, EAM said, "We’ve also, of course as neighbours of Afghanistan, we have been very concerned at the developments there. And the participation of the Secretary of your Security Council in the Regional Security Dialogue, which we hosted in November, is something which is deeply appreciated."

The two sides have also signed agreements on diplomatic training and program of cooperation. The program of Cooperation was signed between the two foreign ministries for the 2021-2024 period and the Memorandum of Understanding was between the Centre for Professional Development and Retraining and Sushma Swaraj Institute of Foreign Service of India for diplomatic training.