A year in orbit, Chandrayaan-2 clicks millions of sq km of lunar surface 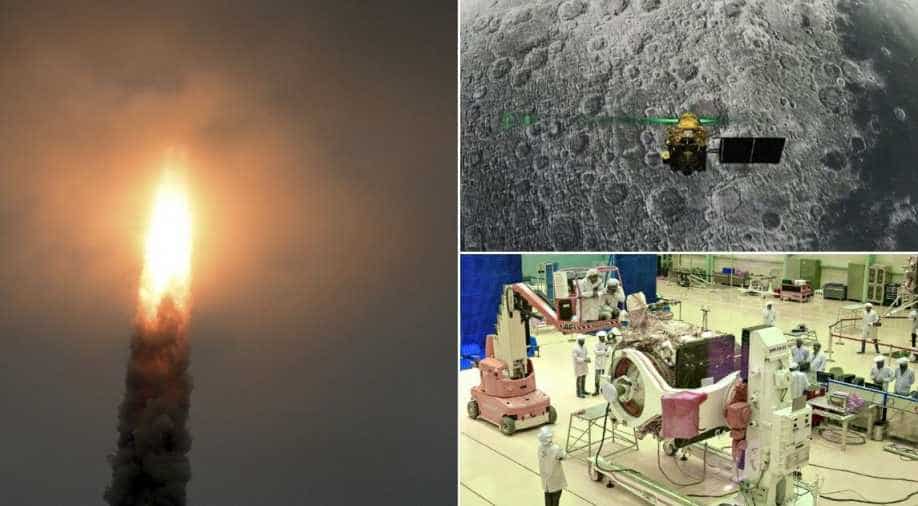 According to ISRO, over the last year, the Terrain Mapping Camera 2(TMC 2) has been able to acquire images of nearly 4 million sq. km of lunar surface area during 220 orbits.

Marking a year of the Chandrayaan-2 integrated module having been inserted into lunar orbit, the Indian Space Research Organisation (ISRO) has released its initial set of technical and mission data.

The agency goes on to state that though the soft-landing was unsuccessful, the orbiter had completed 4400 orbits around the moon and all eight on-board instruments are performing well. While the orbiter was meant to stay operational for one year, ISRO says that it has enough fuel for remaining in orbit for seven years.

The Indian space agency has said that the spacecraft is healthy and performance of its subsystems are normal. The orbiter is being maintained in 100 +/- 25 km polar orbit (circling the moon along the poles) with periodic orbit maintenance (OM) manoeuvres. When any satellite or spacecraft is in space in a certain orbit it swings wildly on a certain plane and moves a few hundred metres or even a few kilometres away from the intended path. That's when commands are issued to fire it's on-board liquid-fuelles Motors to steer it back on course.

So far, 17 such OMs were carried out since achieving 100 km lunar orbit on September 24, 2019. The statement from ISRO also adds that the eight scientific payloads on-board are being used optimally. Simply put, it means that the illumination on the lunar surface would vary throughout the year, depending on the sun’s position. Hence, ISRO is making use of multiple equipments to capture images and conduct studies when conventional imaging cameras cannot function owing to poor lighting.

According to ISRO, over the last year, the Terrain Mapping Camera 2(TMC 2) has been able to acquire images of nearly 4 million sq. km of lunar surface area during 220 orbits. TMC -2 is said to be the highest resolution camera that is currently in orbit around the moon. With a resolution of 30cm, it will be able to distinguish between objects that are 30cm apart.

It is besides the orbiter high-resolution camera (OHRC) has captured images of about 1056sq km area, this data can be used to select landing sites for future missions. The images from OHRC can also help scientists understand the boulders in a particular region and help in interpreting the geological features and their history.

While some of the salient results have been shared on the occasion of the anniversary of lunar orbit insertion, ISRO has stated that the public data release is planned for later this year, after validation by formal peer review. The agency believes that

India's second moon-probe Chandrayaan-2 was launched on July 22nd last year and had attempted a moon-landing on September 7th. However, the much-anticipated landing happened to end up in a crash landing, after ISRO lost contact with the Vikram lander, barely at an altitude of 2.1km from the lunar surface.

The mission was launched with the objectives of obtaining detailed information on the topography, mineralogy, surface chemical composition, thermo-physical characteristics and the lunar exosphere.

India’s first lunar mission Chandrayaan-1 is credited with finding extensive presence of surface water and the indication of sub-surface polar water-ice deposits. India is also working on Chandrayaan-3, the country's third moon probe, and it is expected to be launched sometime in 2021 or later.