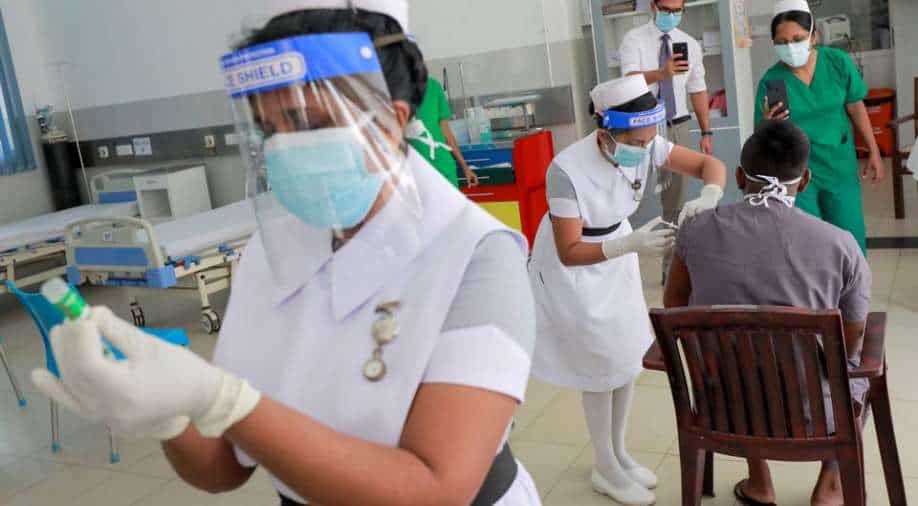 For the first time in nearly 4 weeks, the travel restrictions were lifted at 4 am on Monday and will be re-imposed at 10 pm on June 23.

The Indians were among the 128 workers at the factory in Colombo north suburb of Wattala who were found to have contracted the virus. They have been put under quarantine.

The factory, which has a total of 194 workers, has been closed temporarily, a report in the Newscenter.lk said.

Those who have tested negative have been put under quarantine in the factory premises, the report said.

Meanwhile, Sri Lanka on Monday ended its COVID-19 lockdown by lifting travel restrictions, amid concerns by health officials who insisted that it must be continued in view of the raging third wave.

For the first time in nearly 4 weeks, the travel restrictions were lifted at 4 am on Monday and will be re-imposed at 10 pm on June 23.

He said the public must stay indoors as much as possible despite the lifting of restrictions.

Even during this break, no inter-district travel will be allowed, the police said. Health officials issued more guidelines on public behaviour during the lifting of the lockdown.

The health authorities were wary of the Delta variant of the coronavirus which is spreading fast across the country.

We still view this as dangerous, the travel restrictions were only loosely observed. The lifting of even that could be dangerous, Upul Rohana, a spokesman for the public health inspectors said.

The island nation has recorded nearly 2,000 cases per day since the third wave which began mid-April.

According to the Johns Hopkins University coronavirus data, there are 2,581 COVID-19 fatalities in the country.