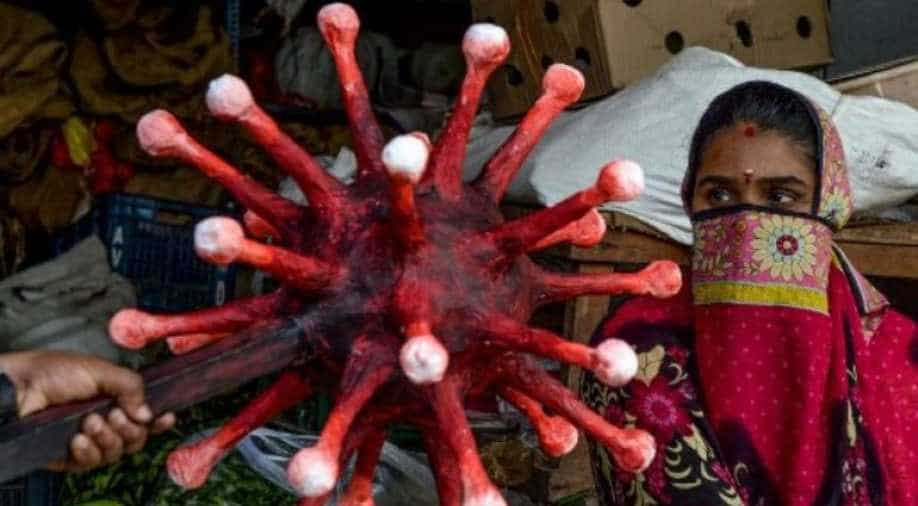 India's health ministry said today that 693 new coronavirus cases have been reported in the last 24 hours, taking the total number to 4,067 in India.

Also Read: Indian zoos on high alert after tiger tests positive for coronavirus in US

The ministry 1,445 cases were related to Tablighi Jamaat from Delhi's Nizamuddin area.

"76 per cent cases have been reported in males and 24 per cent in females," Lav Aggarwal, the health ministry official said.

"The number of COVID-19 deaths stands at 109, with 30 people succumbing to it on Sunday," the official added.

"Sixty per cent of the deaths have been reported among people over 60 years age, 30 per cent in age bracket of 40 to 60 years & seven per cent victims were below 40 years age," the health official said.

"Rs 1,100 crores have already been released from National Health Mission Funds for the states. Also, an additional amount of Rs 3000 crores has been released today," the health ministry said, adding, "in the last 13 days, Indian Railways transported sugar through 1,340 wagons, salt through 958 wagons and edible oil through 316 wagons and tanks to different parts of the country."

Meanwhile, the Indian Council of Medical Research (ICMR) official R Gangakhedkar said on Monday that an order has been placed for 5 lakh testing kits for COVID-19 patients with 2.5 lakhs kits to be delivered on April 8-9.