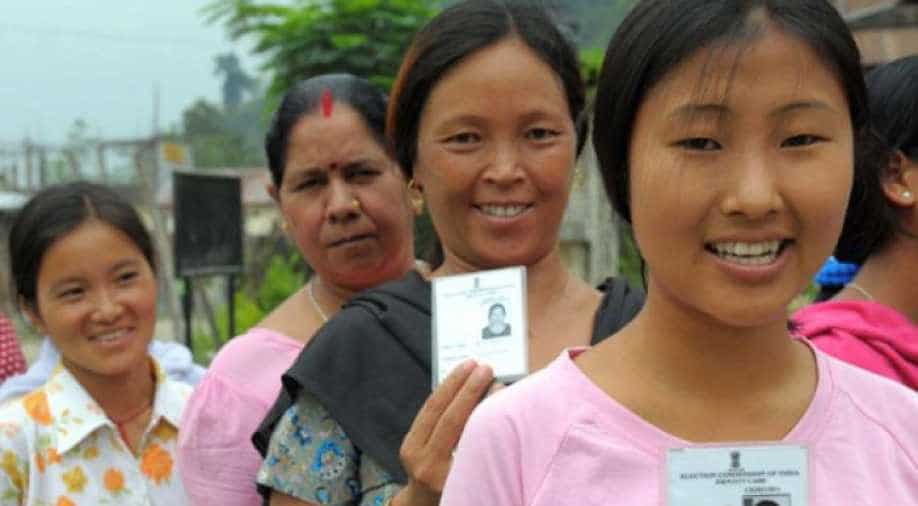 The polling which began at 7 AM in the morning was largely peaceful except for an incident of damage to EVM by miscreants at Siberity, a booth in Likabali constituency where polling was suspended. Photograph:( Zee News Network )

An estimated 68.5 per cent votes were cast in today's by-poll for Pakke-Kessang and Likabali constituencies in Arunachal Pradesh, polling for which was held today.

The polling percentage in both constituencies will increase as reports from several polling stations are yet to be received by the election office here.

The polling which began at 7 AM in the morning was largely peaceful except for an incident of damage to EVM by miscreants at Siberity, a booth in Likabali constituency where polling was suspended, Bhatacharjee informed.

“Technical snag developed in one EVM at Durpai polling station under Likabali due to which polling was suspended,” he said adding re-polling would be ordered in both the booths.

Though polling was moderate during the morning hours due to chilly weather conditions, it gained momentum as the day progresses.

Elaborate security arrangements were made with state police, ITBP and four companies of central paramilitary forces being deployed. The critical polling booths were covered by CRPF and IRB personnel.

The Pakke-Kessang assembly seat has 7,455 voters including 3943 women, while Likabali has 10608 electorates including 5331 women voters.

The Likabali seat had fallen vacant after the death of state health and family welfare minister Jomde Kena in September.

The Pakke-Kessang fell vacant after the Gauhati High Court declared null and void the election of Kameng Dolo from the seat in 2014 following an election petition filed against him by BJP nominee and former minister Atum Welly.

Welly had alleged that a fraudulent move had thrown threw him out of the election as the EC had accepted a forged letter of withdrawal of his candidature that led to the election of his lone opponent.

Welly, in his election petition earlier, had said that his signature was forged in the letter.