16th India, EU summit proposed for May 2021 in Portugal 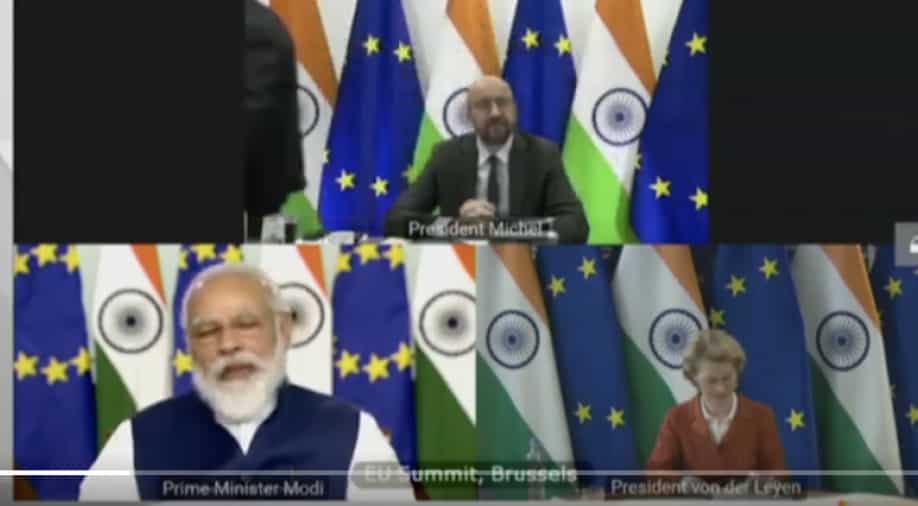 The15th India-EU summit took place virtually amid the COVID-19 pandemic in July of this year.

The 16th India, EU leaders summit has been proposed to be held in Portugal in May 2021, a summit that comes even as Delhi and several European capitals increase cooperation and convergence. During the summit, a key focus will be on the India-EU free trade agreement which both sides are keen on.

A ministry of external affairs read out said, "Both leaders undertook a detailed review of bilateral ties including the extensive cooperation between the two countries during Covid-19 pandemic and possibilities of cooperation in the post-Covid scenario."

Late October saw, Foreign Secretary Harsh Shringla going to France and Germany, along with the UK. The in-person visit to Paris and Berlin came amidst covid pandemic.

EU is emerging as an important support of India's Indo Pacific vision. France, Germany, and The Netherlands have recently enunciated their official policies on the concept which China sees very suspiciously.

The EU is also a key investor in India with the European Investment Bank planning to invest €550 million in the Pune and Bhopal Metro Rail Projects.