They're people who wear 'janeu' once in 5 years: Smriti Irani takes dig at Rahul Gandhi 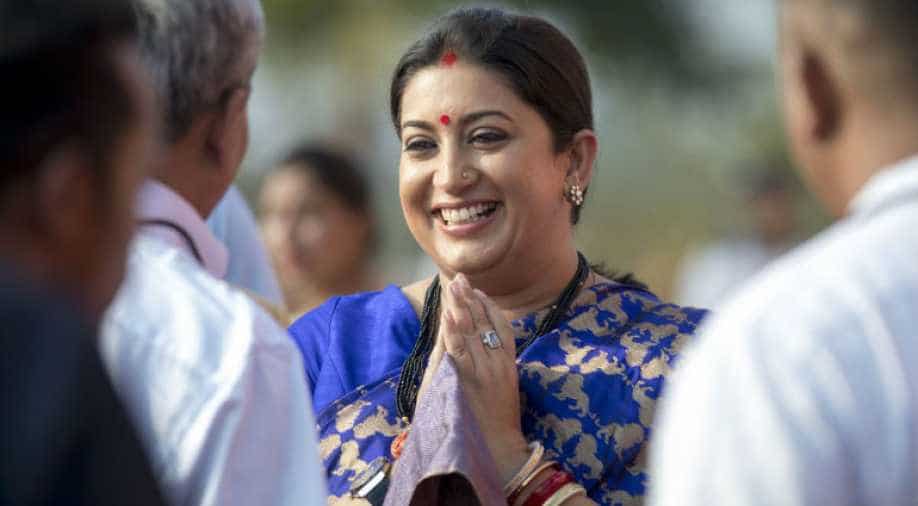 Union Minister Smriti Irani took a veiled jibe at Congress president Rahul Gandhi and its general secretary Priyanka Gandhi saying that they are people who wear "janeu" once in five years and come for "Ganga-darshan" only during elections.

"Prime Minister Narendra Modi served nation and hypocrites, mahamilawati ( (highly adulterated)) people and corrupt Congress didn't give him anything else except insults. They are people who wear a 'janeu' (scared thread) once in 5 years, who go on foreign tours for 5 years and come for 'darshan' of Ganga at the time of elections," she said without naming anyone while addressing an election rally here on Friday.

The Union Minister also criticised Priyanka for choosing not to contest from Varanasi Lok Sabha seat.

"They go to Ayodhya but don't bow their heads before Ram Lalla as they remember their vote bank. They're people who ask in Amethi if they should contest from Varanasi but when it is time to draw swords in the battlefield, they leave not only Varanasi and Amethi but go to Wayanad," said Smriti Irani.

However, Congress party chose to field Ajay Rai from Varanasi.

Varanasi will go to polls in the last phase on May 7.  The counting of votes will be done on May 23.