Lok Sabha polls 2019: Congress in Odisha concedes defeat before counting of votes; says, may even lose the opposition status 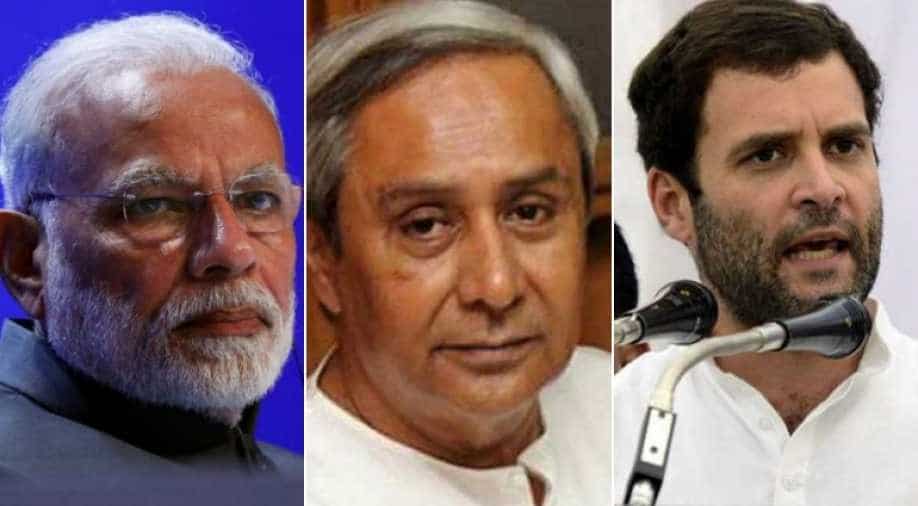 Niranjan Patnaik's statement indicated that its straight fight between the BJD and the BJP in Odisha.

A day before the counting of votes take place, Odisha Congress president Niranjan Patnaik Wednesday conceded that the party will not be able to form a government on its own in the state, and may even lose the opposition status.

Patnaik's statement indicated that its straight fight between the BJD and the BJP in Odisha, a state where Congress had its government for several times in the past and where it is principal opposition to the Naveen Patnaik headed the party for previous 19 years.

Amid indication of Congress poor showing, knives are out for the OPCC leadership.

"We (Congress) will not be able to form the government in the state on our own. However, our performance will be better than in 2014," Patnaik told reporters here during an interaction while reacting to exit polls predictions.

"We may also lose the opposition status," he said.

The Congress had in 2014 bagged only 16 out of the total 147 seats in Odisha Assembly and had failed to open its account in the Lok Sabha polls.

Different exit polls this time predicted one Lok Sabha seat and 15 assembly seats for the party.

Majority of the exit polls forecast an impressive performance by the BJP in Odisha this time. Many of them even suggested BJP bagging more seats out of a total of 21 Lok Sabha constituencies in Odisha than the BJD.

In the state assembly election also, the polls indicated the BJP emerging as the main challenger to the Naveen Patnaik's party.

Congress President Rahul Gandhi had addressed several rallies in Odisha to boost party prospect at both the national and state levels.

About himself, Patnaik, however, claimed that he will win from both Bhandaripokhari and Ghasipura assembly seats.

Senior Congress leader and former minister Jagannath Patnaik Wednesday resigned from the posts of OPCC coordination committee and the Pradesh Election Committee(PEC) in protest against the poor poll preparedness and management by the party state leadership.

"The state leadership failed to propagate Rahul Gandhi's NYAY and programmes for farmers. The party also failed to maintain its policy in ticket distribution and management of elections... I have sent my resignation letter to PCC president," he said.

The former minister said that the wrongdoings in the party should be corrected and discussion needed on the reason for losing an opportunity this time. "I, therefore, did not resign from the PCC or AICC," Jagannath Patnaik said.

"He (Niranjan) has betrayed the trust of Rahul Gandhi," Rout alleged adding that the Congress this time chose to take the third position giving an advantage to the BJP.

"There was mismanagement at all levels - from ticket distribution to poll management. I was a candidate fighting against the BJD. Nobody from the party came to my help, I fought the election like an orphan," Rout said.

Asked whether a change in PCC presidentship will be the right action, Rout said: "Removing Niranjan Patnaik from the post will not help the party. Damage has already been done. He may quit the post on his own."