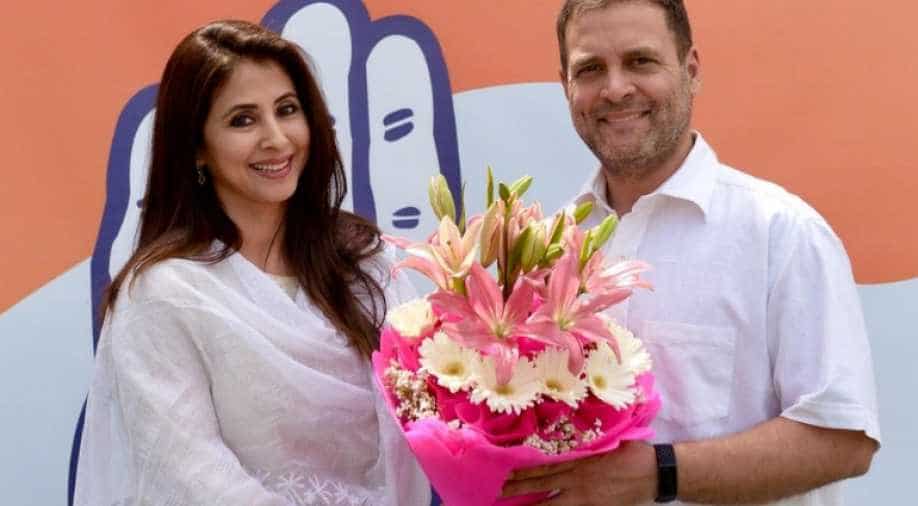 Star campaigners are crucial in the Indian elections as they drive massive crowds. The fight between Congress’ Urmila and BJP’s Gopal grabbed eyeballs throughout their campaigns as the former joined the party when no one wanted to fight against BJP’s candidate. In 2014, Gopal had won with a victory margin of 4.46 lakh.

Many feel that by bringing in Urmila, Congress wanted to do what they did with Govinda as he won over BJP veteran Ram Naik. Some felt that Urmila could prove to be even better than Govinda as he did not really spend any time in the constituency after his victory.

The actress congratulated Shetty on his win and stated that she had filed a complaints to the Election Commission over discripencies found in EVMs.

Urmila Matondkar, Congress candidate from Mumbai North parliamentary constituency: I congratulate Gopal Shetty. We have noticed discrepancies in EVMs, we have prepared a report on it that we will submit to Election Commission at the end of the day. #ElectionResults2019 pic.twitter.com/nX2ONYA08d

On the form of EVM 17C from Magathane, the signatures and the machine numbers are different. A complaint has been filed with the Election Commission.

Urmila is a well known Bollywood actress who is known for her performance in hit films like ‘Rangeela’, ‘Kaun’, ‘Ek Hasina Thi’, ‘Pinjar’ and more.