Zendaya's wax statue at Madame Tussauds London sparks of meme fest on Twitter: 'Is it mad at me?' 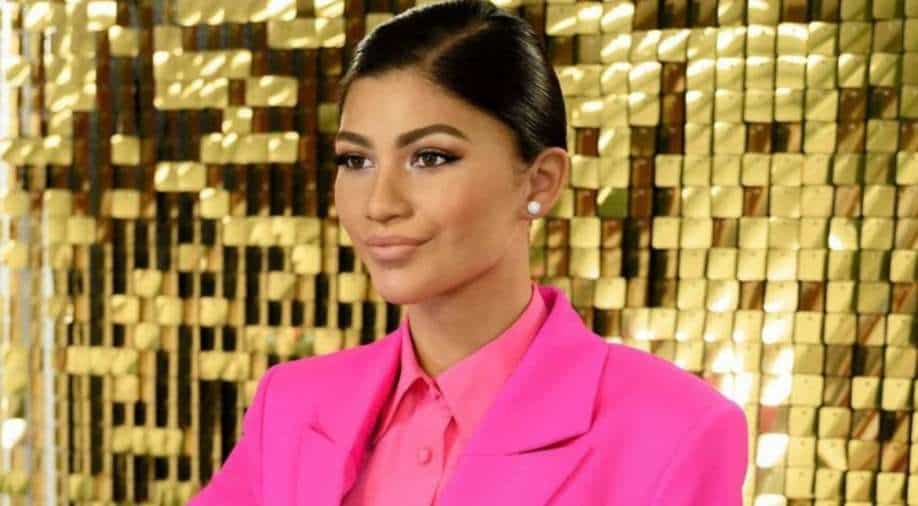 Actress Zendaya, Hollywood's current favourite star, has found a place in London's Madame Tussauds. The official handle of the famous museum shared a photo of the Spider-Man star's wax statue on Twitter on February 8.

The statue of Zendaya can be seen donning a hot pink pantsuit, neatly-done hair and subtle makeup with well-defined eyes - a look that is typically associated with Zendaya.

However, fans of the star weren't too impressed with the wax replica. Several fans felt that the museum had got the face partly wrong with eyes and nose being accurate and lips going terribly wrong. "It's so close yet so far," reacted a fan.

The photo though went viral for the wrong reasons and Twitter was flooded with memes. Take a look:

They gave her too much pout and no life in the eyes. She normally shows more personality with eyes. Tyra Banks would call it SMISE.

Is zendaya’s wax statue mad at me? #Zendaya pic.twitter.com/C0tUkZqjw2

They not getting this Zendaya wax statue correct is another Black history month L. I don’t want to say it but why they got to make woman of color look angry or sassy? Even in a damn wax statue. #Zendaya pic.twitter.com/CJP6cn5BBC

Some compared the statue to Kylie Jenner.

This the face Zendaya pulling when she sees her wax figure pic.twitter.com/WITQqi7Iq4

While others felt that Madame Tussauds had a vendetta against Zendaya- referring to her other statues at the museum.

I’m convinced that Madame Tussaud’s got a vendetta against Zendaya bc what are these??😭 pic.twitter.com/65bxlinTM4