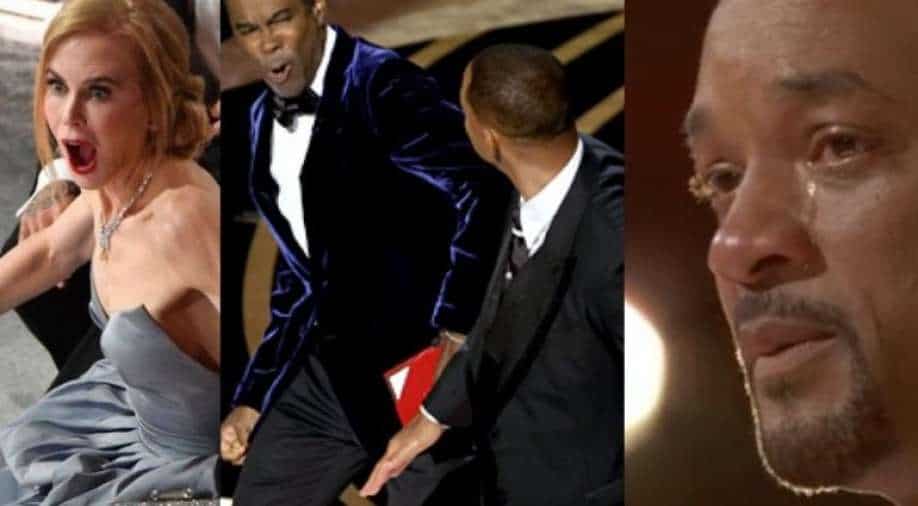 Will Smith's reaction quickly went viral on social media as netizens got enough meme material for the day.

The slap that was heard around the world!

The 94th Academy Awards was going well until Will Smith took the stage and slapped Chris Rock.

We got one of the most shocking moments in Oscar's history after Chris took the stage to present an Oscar for ‘Best Documentary Feature’ and made a movie ‘G.I. Jane’s' joke about Jada Pinkett Smith’s shaved head.

From Will Smith slapping to Beyonce's performance: Oscars most defining moments, see pics

After his joke on his wife, who suffers from alopecia, the one thing that the whole world saw was Smith giving a punch to Chris

After slapping, Will returned to his seat and said, “Keep my wife's name out of your f*****g mouth.” Chris, who was trying to understand what just happened, said to the audience, “Will Smith just smacked the shit out of me. It was a G.I. Jane joke. That was the greatest night in the history of
television.”

Everyone present at the event was left stunned and Will's reaction quickly went viral on social media as netizens got enough meme material for the day.

Some users were confused about whether or not the slap moment was staged, while others just gave out hilarious rib-tickling memes.

The uncensored Chris Rock and Will Smith altercation if you lot are interested. Damn what just happened lmao#Oscars pic.twitter.com/TWknqKF7bH

will smith when he heard chris rock make a joke about jada#Oscars #Oscars2022 pic.twitter.com/PFgmhGI8Wb