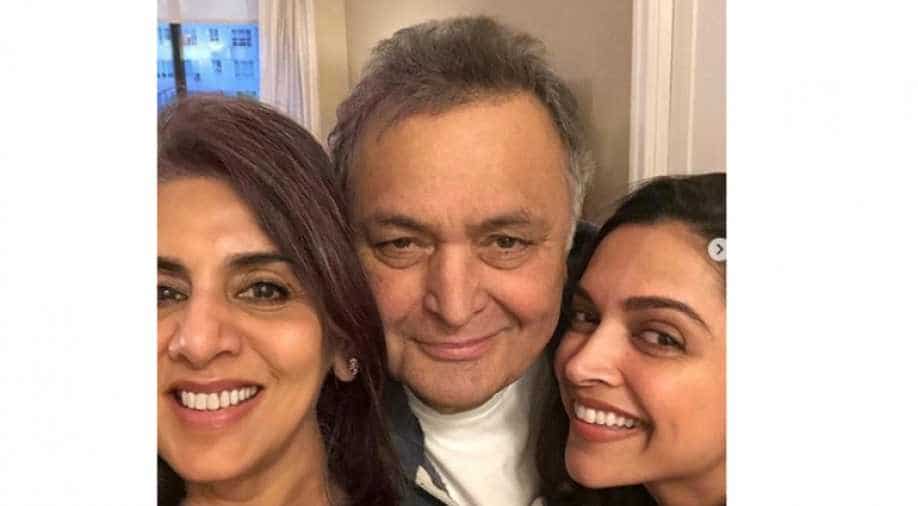 Neetu and Rishi Kapoor pose for a selfie with Deepika Padukone. Photograph:( Instagram )

Neetu took to her Instagram on Sunday and posted a series of pictures with Deepika on her recent trip to New York and wrote, "Such a fun evening with adorable Deepika Padukone .. gave a lot of love n warmth."

Rishi and Neetu Kapoor had a special visitor at their New York apartment over the weekend as actress Deepika Padukone paid them a visit.

The actress is currently in New York where she had gone to be a part of the annual Met Gala.

Neetu took to her Instagram on Sunday and posted a series of pictures with Deepika on her recent trip to New York and wrote, "Such a fun evening with adorable Deepika Padukone .. gave a lot of love n warmth."

Such a fun evening with adorable @deepikapadukone .. gave lot of love n warmth 😍🥰

Deepika is looking lovely with her radiant smile as she keeps it casual in a white full sleeves top. In one of the pictures, she can be seen embracing Rishi in a warm hug which is literally the cutest thing you will see on the internet today. Deepika commented on the warm pictures saying, " Thank You both for such a fun,memorable evening! To good health,happiness,peace of mind and many many more laughs"

For those coming in late, Deepika and Ranbir Kapoor started dating each other during the shooting of the film, `Bachna Ae Haseeno` in 2008 where the `Padmavat` actor even got the initials of her boyfriend inked on her neck. After parting ways, both the actors were seen sharing screen space in films such as 2013`s `Yeh Jawaani Hai Deewani` and 2015`s `Tamasha.`

There were rumours that Neetu Kapoor did not approve of their relationship although the senior actress never confirmed the news. 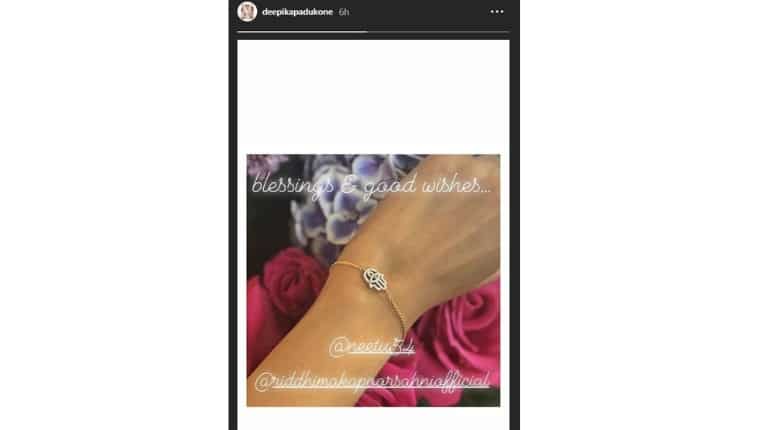 Rishi Kapoor went to the US in September 2018 to get treated for Cancer. While the actor and his family never revealed the nature of his disease, it was filmmaker Rahul Rawail who confirmed a few weeks back that Rishi was Cancer free. The senior actor later said while was not suffering from the disease anymore, it would take him another three months to get back to Mumbai.

Meanwhile, on the work front, Deepika will be next seen in Meghna Gulzar`s `Chhapaak`, which is based on the life of acid attack survivor - Laxmi Agarwal. The movie also stars Vikrant Massey in a key role.