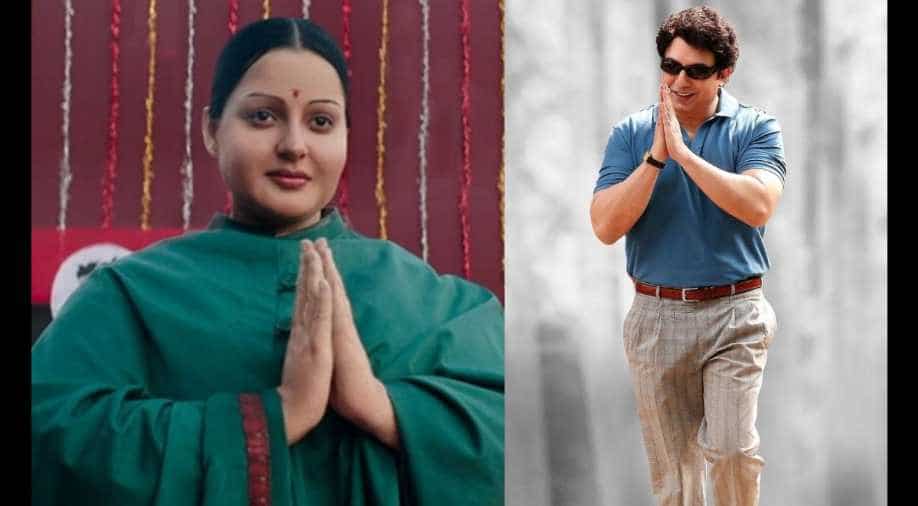 A biopic based on the life of former Tamil Nadu Chief Minister J Jayalalithaa has been in the news ever since Kangana Ranaut was revealed to play the late actress-politician in ‘Thalaivi’.

With the first look of the film ‘Thalaivi’ being one of the most talked-about things last year, the makers today on the occasion of MG Ramachandran's (MGR) birth anniversary, released the teaser of the film featuring his character.

Actor Arvind Swami has literally transformed himself as the man in the upcoming film. In the first look poster released, Arvind sports a clean-shaven look and is wearing similar clothes as MGR.

Here is my first look as Puratchi Thaliavar, Makkal Thilagam MGR in #Thalaivi . A teaser follows at 10.30 am today. Hope u like it 🙏 pic.twitter.com/LjnN6Ybwrw

‘Thalaivi’ is based on the life of J Jayalalithaa as it promises to show her journey from a young girl to one who became one of the most active faces of Indian politics. Also see: 'Thalaivi' teaser: Kangana Ranaut looks awe-inspiring in her look as Jayalalithaa

Talking about Arvind’s look in the film, Vijay said that he was not looking to replicate the look but just go close to his original style. Also read: Kangana Ranaut gets trolled for Jayalalithaa look from 'Thalaivi', netizens say 'Kamal Haasan better choice'

He also said in an interview, "Amma had mentioned in an interview that the two most important people in her life were her mother and MGR. We’ve ensured that we do everything possible to get MGR’s portrayal right on the screen. Arvind Swami has transformed himself completely to fit into the role. He started prepping for this role some three months before we actually began shooting.”