Watch: Bradley Cooper joins Lady Gaga on stage for an impromptu duet of 'Shallow' at her Vegas concert 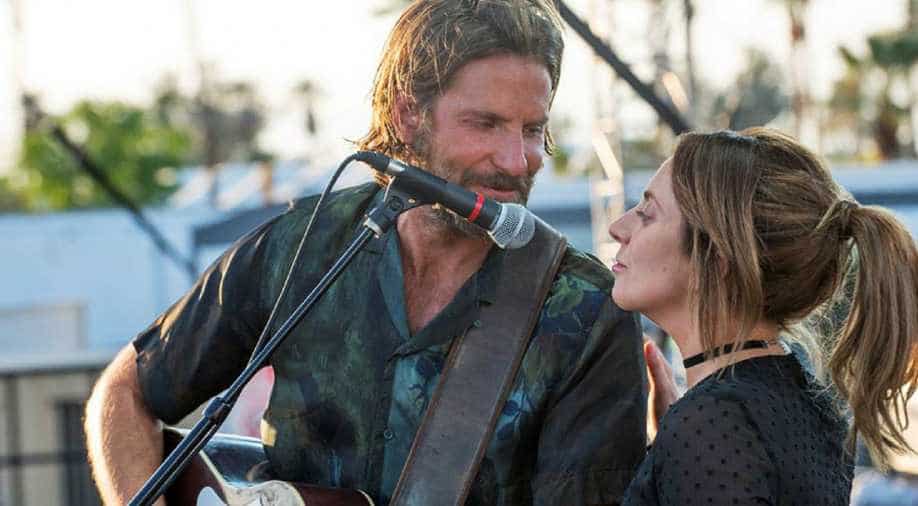 A still from the film 'A Star Is Born'. Photograph:( PTI )

Bradley Cooper fans were in for a surprise recently as the actor-director joined Lady Gaga onstage during the latter's Enigma show in Las Vegas.

Cooper was in the audience but decided to join his 'Star Is Born' co-star on stage to sing a duet of 'Shallow' - a song from the film that has fetched Gaga a nomination in the Best song category.

After he joined Gaga onstage, the singer quipped, "I even got you in-ears!"  The actor, who directed and starred in 'A Star Is Born', which has been nominated for eight Academy Awards, sang the first half of the song while Gaga knelt at his feet.

Needless to say, videos of their act on stage made it to social media and led to a mini-meltdown on the internet for their fans.

Bradley Cooper came on stage to sing Shallow with Lady Gaga during the Enigma Show. I’m not crying, you are. 😭💙 pic.twitter.com/LCz8FYL4Et

So @DCfilmgirl and I are in Vegas for the @ladygaga Enigma show and Bradley Cooper just jumped on stage to do “Shallow” live!!! Insane!!! pic.twitter.com/4iYbs61t6q

Gaga later took over the piano while Cooper sat alongside her for the rest of the song.

Cooper and Gaga's duet 'Shallow' is nominated in Best Original Song category at the Oscars.