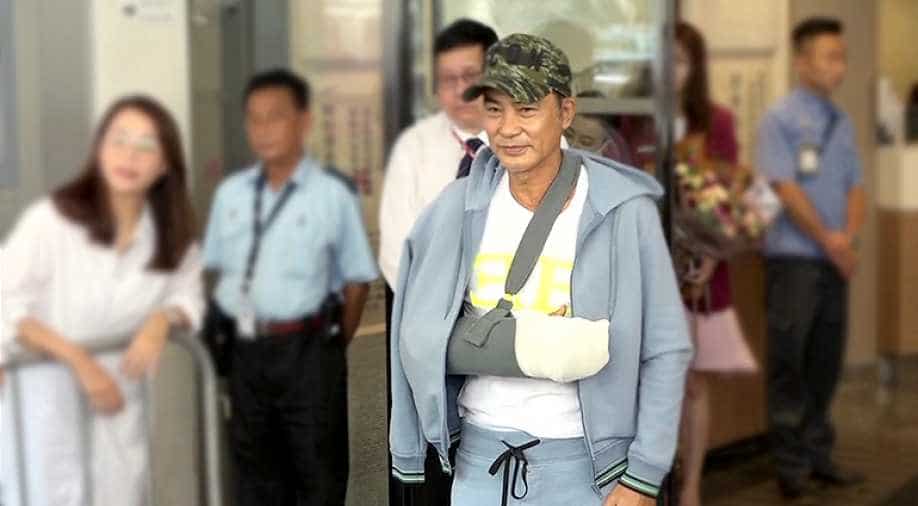 The actor underwent a second surgical procedure on his right hand and abdomen.

`Tomb Raider` star Simon Yam who was stabbed in the stomach on stage in Zhongshan, in Guangdong province in Southern China, has been released from the hospital.

The 64-year-old left the Adventist Hospital in Hong Kong on Wednesday.

The actor underwent a second surgical procedure on his right hand and abdomen, reported Variety.

As he left the hospital, Yam thanked the doctors and the staff and hoped to continue shooting for the film. "I hope I recover soon and resume film shooting, which I really enjoy. It will take a bit more time for my hand to recover, as it will take time for nerves to recover," he said.

Yam was stabbed at the opening of a branch of the Beijing Easyhome building materials company where he was invited as a guest.

A man rushed on to the stage and stabbed the 64-year-old actor, reported Variety.

According to the Chinese police, the man who stabbed him was a schizophrenic pentagenarian.

However, the actor has no intentions of taking any legal action against the man. "We do not want to take action. We just want to understand what happened. What made the man snap?" Yam`s management said.

The management also added that they would reduce interactions with fans.

Yam is known in the West for his role in `Lara Croft: Tomb Raider - The Cradle of Life`. He is one of the most versatile and busiest actors in Asia. His credits include `Election`, `Exiled`, `SPL- Sha Po Lang` and Korean thriller `The Thieves`.