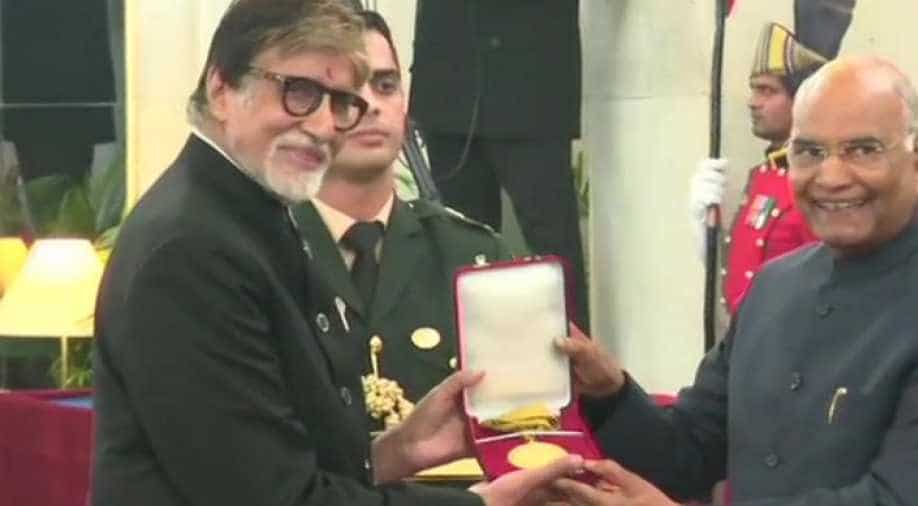 Bachchan was selected for the prestigious Dadasaheb Phalke Award in September this year.

After accepting the award, Bachchan said that when his name was announced for the prestigious award, he thought that it was time for him to sit at home but he feels that he isn't done just yet and that some more work is left for him to complete.

"When my name was announced for the award, there rose a doubt in my heart. I thought, is this a sign indicating that I have done enough and that it is time for me to sit at home and rest? There's still work left which I have to complete," Bachchan said.

Bachchan was selected for the prestigious Dadasaheb Phalke Award in September this year.

The announcement was made by Union Minister Prakash Javadekar.

Last seen onscreen in 'Badla', Bachchan is a recipient of four National Film Awards for his roles in movies like 'Agneepath', 'Black', 'Paa' and 'Piku'.

He made his acting debut in 1969 with `Saat Hindustani.`

Bachchan was honoured with Padma Vibhushan - the second-highest civilian honour of the country - in 2015.