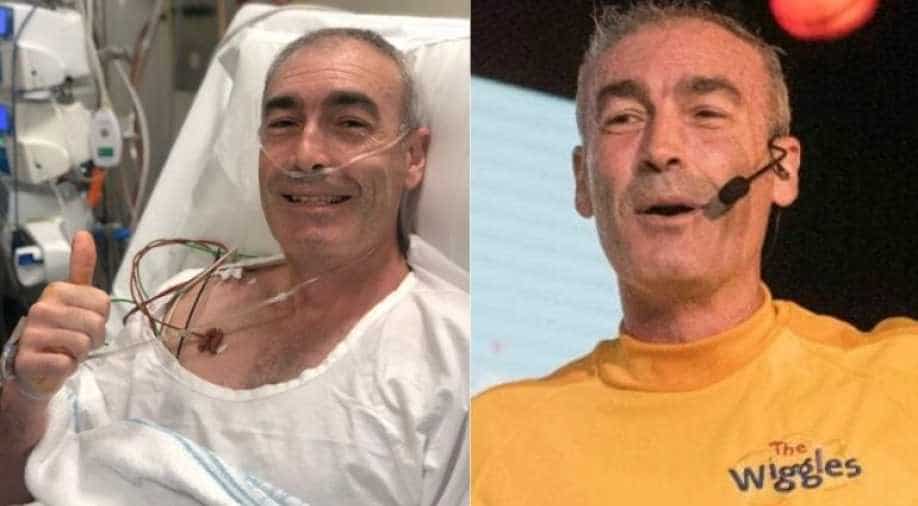 The 48-year-old Greg Page, known to Australians as the original Yellow Wiggle fell in front of fans while walking off stage at the end of the concert.

A founding member of popular Australian children's music group ''The Wiggles'' was recovering in a Sydney hospital after suffering a cardiac arrest while performing at a bushfire relief concert on Friday, the band said.

The 48-year-old Greg Page, known to Australians as the original Yellow Wiggle and an intermittent member of the group since its beginning in 1991, fell in front of fans while walking off stage at the end of the concert.

Musicians, artists and sports personalities have held a number of relief events to help Australians who have been battling deadly bushfires since September. The fires have killed 29 people and millions of animals and destroyed homes and large swathes of land.

We’ve visited Greg this morning & he wanted to thank everyone for their well wishes. He’s so grateful for the messages of love & support from⁣ around the world. Greg’s main concern was that the show tonight should go on.⁣ Let’s do it for Greg whilst raising much needed funds pic.twitter.com/8CBT7P8roA

"We've visited Greg this morning & he wanted to thank everyone for their good wishes," 'The Wiggles' said on the band's Twitter account. "He's so grateful for the messages of love & support from? around the world."

New South Wales Rural Fire Service Commissioner Shane Fitzsimmons, who has played a very public role in this season`s bushfires, said his family and children were huge fans of the band.

Thoughts, prayers & best wishes with wonderful Yellow Wiggle Greg Page following his heart attack last night during the Wiggles bushfire relief concert. Like so many, we had every VHS tape & knew every song thanks to our girls growing up with Greg, Murray, Jeff & Anthony. #NSWRFS pic.twitter.com/fGdN6sFEQA

''The Wiggles'' have sold millions of records in Australia and abroad. Page, the lead singer, founded the band with a group of friends from a university. He has spoken about suffering from orthostatic intolerance, a disorder that affects blood flow and leads to fainting, according to media reports.

In the Twitter statement on Saturday, ''The Wiggles'' said they will go ahead with their second fundraising on Saturday night. "Greg's main concern was that the show tonight should go on," the band said. "Let's do it for Greg whilst raising much-needed funds."