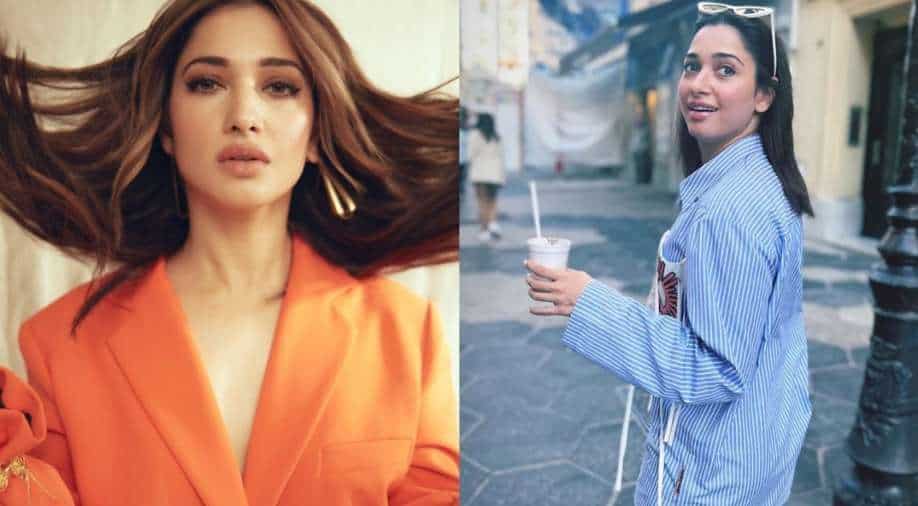 Tamannaah Bhatia shared two photos from France on her Instagram handle on Tuesday. In one of the pics, she is seen donning a blue striped oversized shirt.

Bollywood actress Tamannaah Bhatia jetted off to France on Monday to attend the much-anticipated 75th Cannes Film Festival. She is all set to walk the red carpet and fans are eagerly waiting to see her Cannes 2022 look. The diva will be joined by other Indian stars like Aishwarya Rai Bachchan, Deepika Padukone, Nayanthara, Pooja Hegde, Nawazuddin Siddiqui, Hina Khan, and Helly Shah.

After landing in France, the actress shared two photos on her Instagram handle. In one pic, she is seen flaunting her summer glow in a striped oversized shirt. Another photo shows French architecture.

Before leaving for Cannes 2022, the actress was papped at the Mumbai airport. She was seen donning an oversize brown floral pantsuit. 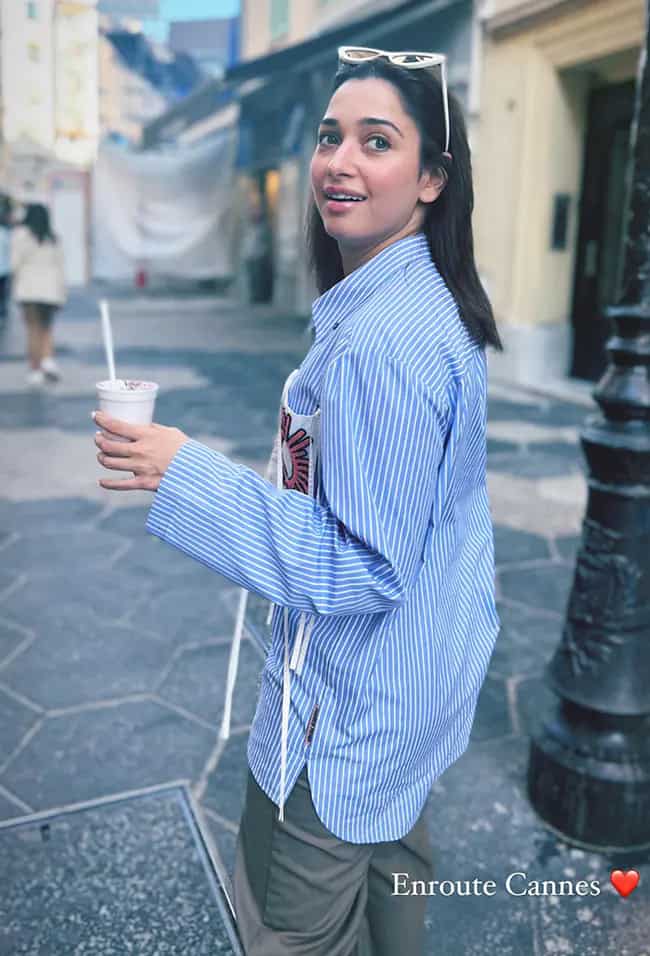 Cannes Film Festival kickstarted on Tuesday and will continue until May 28. India is the official Country of Honour at the Marche’ Du Film, which is organised alongside Cannes in France. In total 6 regional Indian films portraying distinct storylines will be screened at the biggest movie event of the world. And, the winners will be announced by the jury on May 28.

India's superstar Deepika Padukone is one of the jury members at the film festival. Other jury members of Cannes 2022 are Rebecca Hall, Asghar Farhadi, Trinca, Ladj Ly, Noomi Rapace, Jeff Nichols and Joachim Trier. Meanwhile, Vincent Lindon is the President of the jury.

On the work front, Tamannaah will be next seen in Anil Ravipudi directorial 'F3: Fun and Frustration'. She also has 'Gurthunda Seethakalam', 'Bole Chudiyan', 'Babli Bouncer', 'Bhola Shankar' and 'Plan A Plan B' in the pipeline.