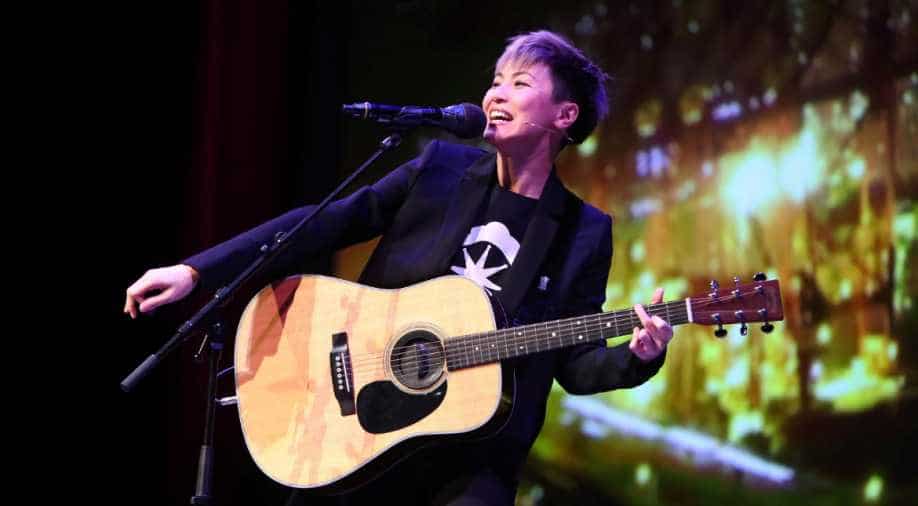 The singer told Reuters on Monday that Beijing was using its power and influence to quash dissent around the world, and urged businesses who invest in China and Hong Kong, a former British colony, to robustly support human rights and democracy.

Ho told Reuters on Monday that Beijing was using its power and influence to quash dissent around the world, and urged businesses who invest in China and Hong Kong, a former British colony, to robustly support human rights and democracy.

The Chinese territory has been rocked by more than three months of sometimes violent clashes, with demonstrators angry about what they see as creeping interference by Beijing in Hong Kong's affairs, despite a promise of autonomy. Beijing is exporting its authoritarian values around the world, Ho said.

"We see businesses profiting" in China, she said. "There are a lot of U.S. companies that have been based in Shenzhen, and they have turned a blind eye to this issue, to these human issues."

China has denounced the protests and accused the United States and Britain of interfering in its affairs in Hong Kong. It has sent clear warnings that forceful intervention is possible.

Ho will testify with Joshua Wong, secretary-general of Hong Kong's Demosisto party and leader of the "Umbrella Movement," and other activists in Congress on Tuesday at an event hosted by the Congressional-Executive Commission on China (CECC).

U.S. lawmakers are fine-tuning a bipartisan bill that would require an annual review of the special treatment Washington gives Hong Kong, including trade and business privileges, under the U.S. Hong Kong Policy Act of 1992.

The Hong Kong Human Rights and Democracy Act would also make officials in China and Hong Kong, who have undermined the city's autonomy, vulnerable to sanctions.

President Donald Trump, who has been waging a tit-for-tat tariff war with China for more than a year, has suggested China should "humanely" settle the problem before a trade deal is reached.

Credit rating agency Moody's on Monday lowered its outlook on Hong Kong's rating to negative from stable, reflecting what it called the rising risk of "an erosion in the strength of Hong Kong's institutions" amid the city's ongoing protests.

Ho said the trade war had offered a "protective shield" for the people of Hong Kong, sheltering them from a violent Beijing crackdown, such as the deployment of troops.

Industry groups worry that the bill threatens fragile U.S.-China trade talks, but Ho said passage would send a powerful signal to other countries and reaffirm U.S. leadership in the world.

"I believe that Hong Kong is in the front lines of this very global fight for humanity itself," she said.