Soumyajit Majumdar's '#Homecoming' to release on February 18 on SonyLiv 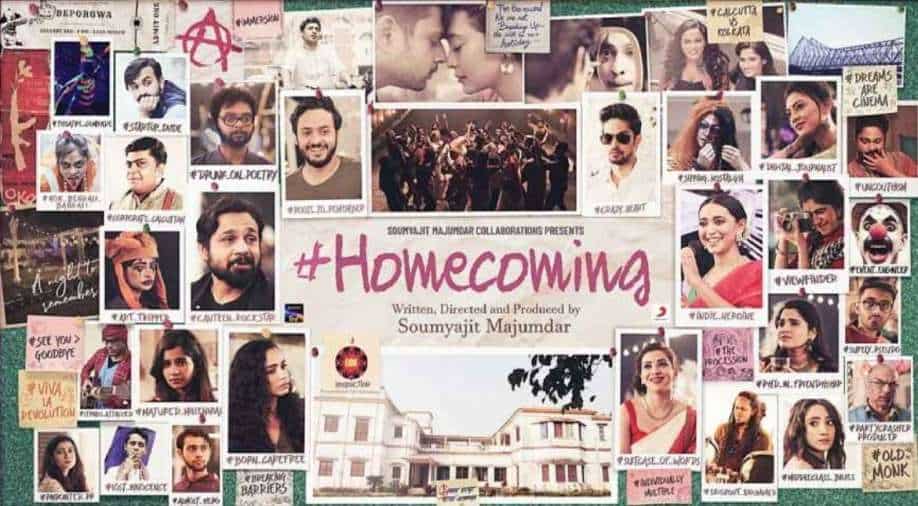 Set against the backdrop of Kolkata’s annual spectacle of Durga Puja, #Homecoming follows the lives of a group of friends and former theatre artists as they reunite for the first time in seven years at their old rehearsal space.

Bengali language film '#Homecoming' now has a release date as SonyLiv announced that it will stream on the platform from February 18 onwards. A youth-centric drama based in the City of Joy, Kolkata, the film pays a heartfelt and musical tribute to the heartland of Bengal. It is touted to strike the right chords with people everywhere, especially the younger generation who constantly grapple with staying rooted in their culture.

Set against the backdrop of Kolkata’s annual spectacle of Durga Puja, #Homecoming follows the lives of a group of friends and former theatre artists as they reunite for the first time in seven years at their old rehearsal space, a bungalow that is about to be converted into the city’s first five-star heritage hotel by the Ganges. The film is essentially an ode to the festival, its roots, and its socio-cultural significance in the lives of the natives of the city, described by the makers as ‘a musical love letter to cosmopolitan Calcutta.’

The film is helmed, written, and produced by first-time director and actor Soumyajit Majumdar, who has several Bengali films to his name. 'Gangubai Kathiawadi' to get the biggest release since the pandemic

Featuring an ensemble cast of more than 30 actors, the film boasts of some of the most promising young talents from Bollywood and OTT like Sayani Gupta, Hussain Dalal, Tushar Pandey, Plabita Borthakur, and Soham Majumdar, amongst others. Time to return to theatres as Prabhas' 'Radhe Shyam' confirms release date

Talking about the film, Soumyajit Majumdar, Director said, “#Homecoming marks an important milestone in my career as an artist, not only because it is my first film as a director but also because the story is very personal to me. Having been brought up in Kolkata and coming from a theatre background myself, it is sort of a homage to my roots. At the heart, it is a cosmopolitan film that people from all around will be able to relate to, and what better way to bring it to them than SonyLIV, who have been pioneers in bringing to life different, authentic, and inspiring stories that are deeply rooted in Indian sentiments, but with a global appeal.”