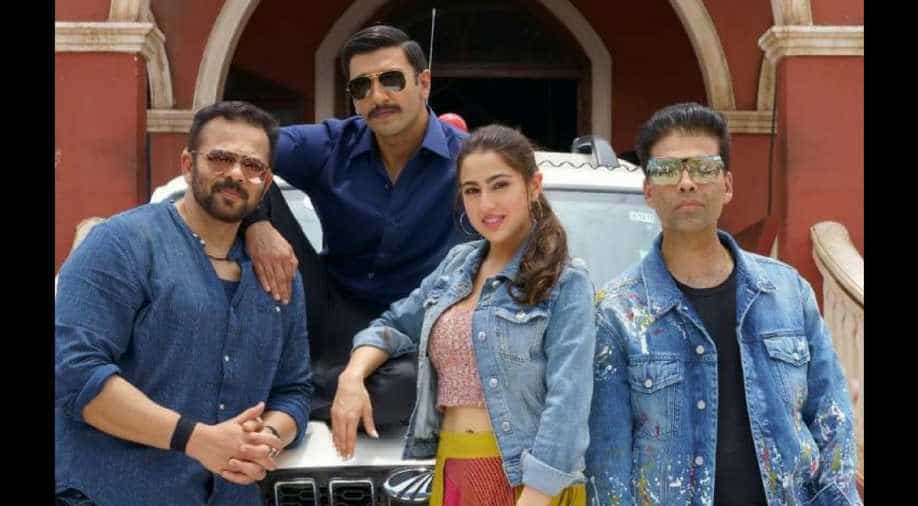 According to estimates, the Rohit Shetty directorial has netted a total of Rs 76 crore on its opening weekend in India.

Ranveer Singh’s first release post his extravagant wedding to Deepika Padukone has also become his biggest solo hit as the film ‘Simmba’ takes on the box office with a massive opening.

Helmed by Rohit Shetty, ‘Simmba’ has reportedly earned a total of Rs 76 crore on its opening weekend in India. It made Rs 31 crore on Sunday after a solid debut of Rs 20.72 crore on Friday, followed by Rs 23 crore on Saturday.

The report says that film has performed exceptionally well in the states of Gujarat and Mumbai.

‘Simmba’ with its full Bollywood masala content and hit dance numbers is also a hit in the international markets as it has made at least Rs 29 crore in international markets, including $1.7 million (Rs 11 crore) on its opening weekend in USA and Canada, according to Box Office Mojo. This takes the film’s worldwide total to over Rs 100 crore in its opening weekend, with more expected over the New Year's Day.

Ranveer has been on a high for a while now, giving back-to-back hits with films ‘Bajirao Mastani’, ‘Padmaavat’ and ‘Goliyon Ki Raasleela: Ram Leela’.

‘Simmba’ also stars Sara Ali Khan opposite the leading man with Sonu Soon in a negative role and cameo appearances by Ajay Devgn and Akshay Kumar.

He will next be seen Zoya Akhtar’s ‘Gully Boy’, a film on Mumbai’s underground rap scene that will premiere at the 2019 Berlin International Film Festival. He is also prepping for Kabir Khan’s ‘83’ where he will play former Indian captain Kapil Dev.