Shatrughan Sinha: There is a lesson to be learnt from Kader Khan's death in a foreign country 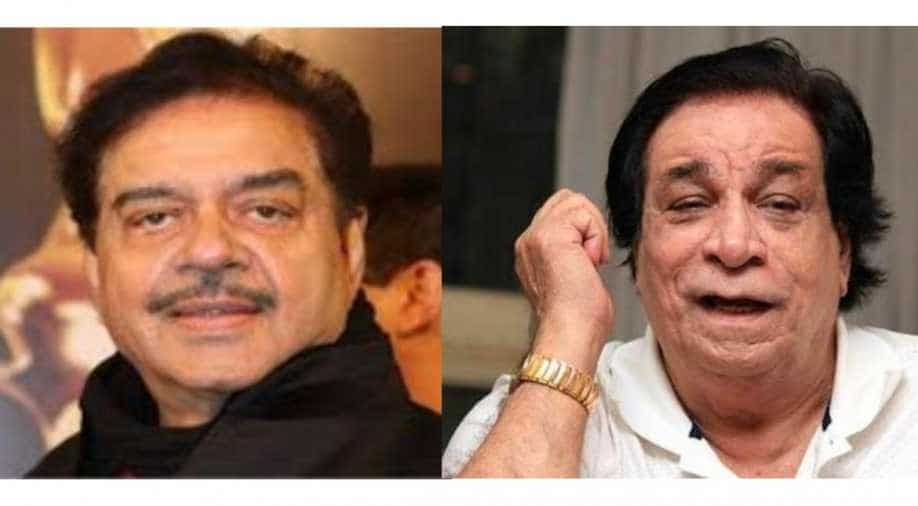 Shatrughan Sinha on the death of Kader Khan in Canada raised some important questions and said, "We need to take better care of our artistes so that they don't feel neglected.”

It was a sad day for the Hindi entertainment industry yesterday as the news of veteran actor Kader Khan’s demise came out.

While many actors, directors who have closely worked with Khan and his fans took to Twitter to pay a tribute to the star performer, another star who has worked with him spoke of how Bollywood neglects its own -- Shatrughan Sinha.

In Pictures: RIP Kader Khan, remembering the actor who gave us memorable on-screen characters to cherish

Actor-politician Sinha raised important questions and said, "Why was he in Canada during the time of his death? Kader Khan has given so much to our entertainment industry... What a sad start to 2019. There is a lesson to be learnt from Kader Khan's death in a foreign country. We need to take better care of our artistes so that they don't feel neglected.”

Sinha and Khan worked together in several films. Reflecting on the same, he said,  "Kader Khan was one of the pillars of Bollywood. He was not just an excellent actor who fitted into any role, but also an outstanding writer. Both Amitabh and I were very closely associated with him. I knew him from the time he wrote Manmohan Desai's 'Naseeb' and Prakash Mehra's 'Jwalamukhi', both of which I starred in.”

He added, 'Whenever I met him he regaled me with his intellectual mind and deep study of commercial Indian cinema. I don't think there can be another Kader Khan ever."

Khan died at the age of 81 on Monday evening in Canada, as confirmed by his son, Sarfaraz. He was battling with prolonged illness of pneumonia, palsy and of late, severe breathlessness.