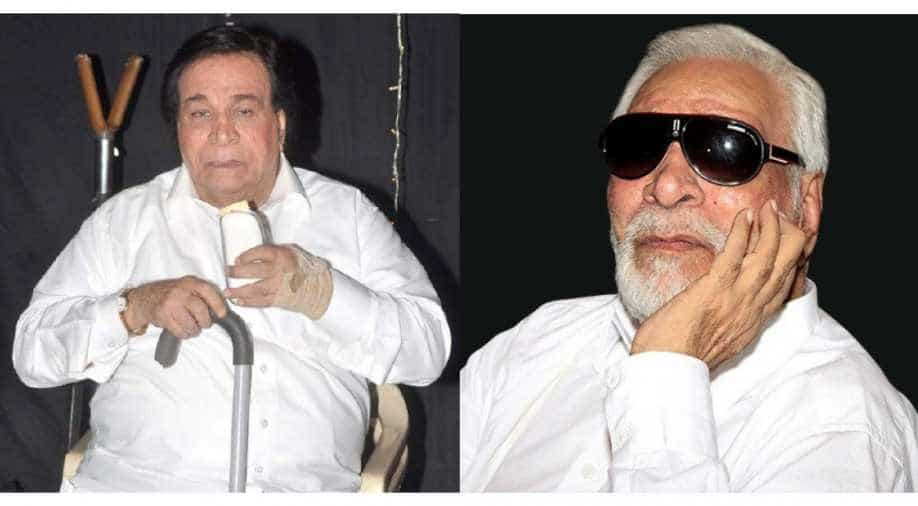 Reports suggest that it was his last interview as he promoted his film ‘Dimag Ka Dahi’. He was ill even at that time.

The Hindi film industry lost a gem as 81-year-old Kader Khan died in Canada on December 31, 2018, as revealed by his son Sarfaraz. With news of his death circulating on the social media and celebrities taking to Twitter to mourn the loss of the veteran actor, an old interview has been dug up by his fans as he spoke about never having received a Padma award in his life.

Reports suggest that it was his last interview as he promoted his film ‘Dimag Ka Dahi’. He was ill even at that time.

During the interview, Khan had acknowledged his fans and Bollywood colleagues who had proposed his name for a Padma Shri award a year ago. “If the government feels that I have done good work, it will honour me. It’s people’s love that they are demanding it for me,” Khan had said then.

In 2016, when he got to know the names of awardees of that year, Khan said, “It’s good that I did not get one”. He also said that “flattering” could be a reason why his colleagues were awarded in that year.

He did not mince words and added, “... it’s good that they did not give me a Padma Shri. I have neither flattered anyone in my life, nor will I ever. I don’t want these awards if they have been given to people (in the industry) who got it this time.”

He continued: “An award is a no big thing, but its importance lies in the people it has been conferred upon. Earlier, there was a certain honesty in these awards but it’s not the same case now. People have now forgotten to respect others and have become way too selfish. I would think that I was not as capable as those who were chosen for the Padma awards this year. I, however, thank all those who proposed my name for it.”

Khan also urged that his colleagues who had joined politics should come out of it and stay in acting. He said, “I would like to urge all the actors to return from the politics. ‘Laut aao, politics tumhari manzil nahi hai’ (Come back, politics is not your destination). It is only breaking you.”

Kader Khan died after a continuous battle with multiple illnesses. He was admitted to a hospital in Canada when news of his death surfaced.