Veteran actor Kader Khan dies at the age of 81 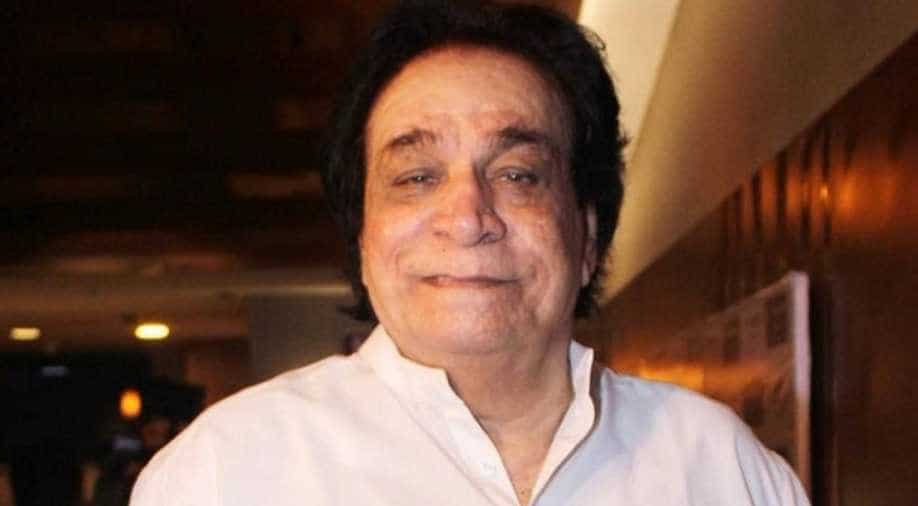 Khan was said to be suffering from Progressive supranuclear palsy, a degenerative disease involving slow deterioration and loss of specific volumes of the brain.

Veteran actor Kader Khan passed away today at the age of 81 in Canada.

Khan, who is remembered for his comic roles, was admitted to a hospital in Canada after suffering from severe breathing issues. He was attended to by his son Sarfaraz and daughter-in-law Shahista.

Sarfaraz confirmed that his last rites will be conducted in the country.

"My dad has left us. He passed away on December 31 at 6pm as per Canadian time due to prolonged illness. He slipped into coma in the afternoon. He was in the hospital for 16-17 weeks.

"The last rites will be performed here in Canada only. We have our entire family here and we live here so we are doing it," Sarfaraz said.

Khan was shifted to the hospital under intensive care on December 28 as he suffered breathlessness. Sarfaraz confirmed the news then and revealed that he has been put on a BiPAP ventilator instead of a regular one.

Khan was said to be suffering from Progressive supranuclear palsy (PSP) as well. It is a degenerative disease involving slow deterioration and loss of specific volumes of the brain.

Khan's health deteriorated furthermore after a knee surgery in 2017 that was successful but the actor slowly lost his strength and ability to walk. He also showed symptoms of pneumonia and was unable to communicate.

Khan's loss is a big jolt to the industry. He starred in films like "Mujhse Shaadi Karogi", "Akhiyon Se Goli Maare", "Joru Ka Ghulam", "Haseena Maan Jaayegi", and others.